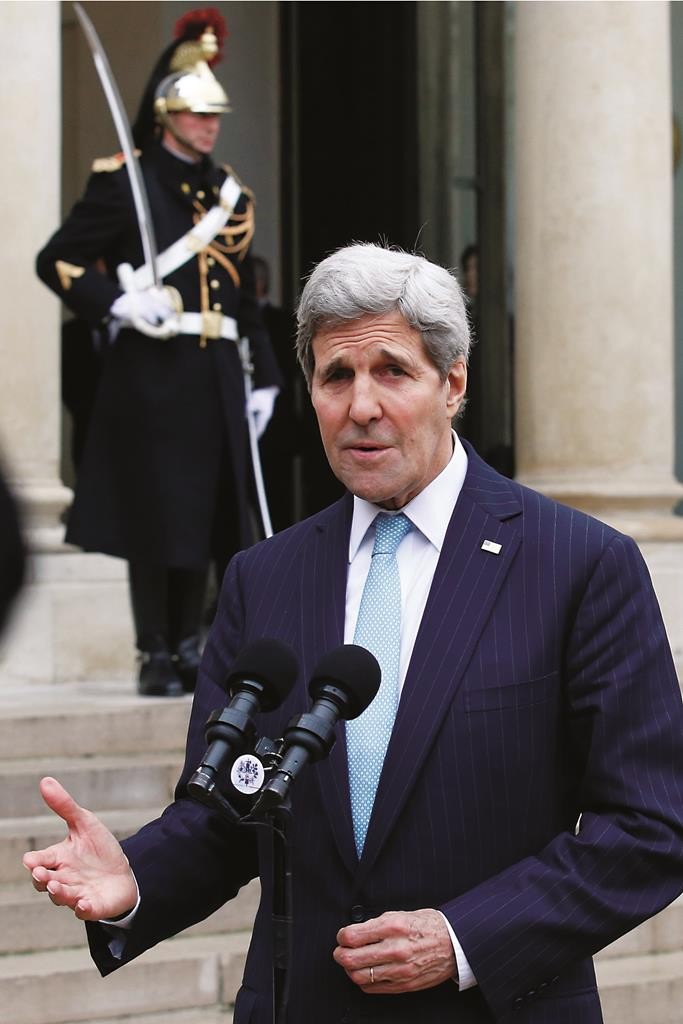 The attack on the Charlie Hebdo satirical magazine, also in Paris, was carried out by terrorists affiliated with al-Qaida’s branch in Yemen in retaliation for the magazine’s publishing cartoons mocking the founder of Islam.

“There’s something different about what happened from Charlie Hebdo, and I think everybody would feel that,” Kerry said in Paris, according to a transcript of his remarks..

“There was a sort of particularized focus and perhaps even a legitimacy in terms of — not a legitimacy, but a rationale that you could attach yourself to somehow and say, okay, they’re really angry because of this and that.

“This Friday was absolutely indiscriminate. It wasn’t to aggrieve one particular sense of wrong. It was to terrorize people.”

Kerry was speaking in Paris, where he had flown on Monday to show support after Friday’s terror attacks.