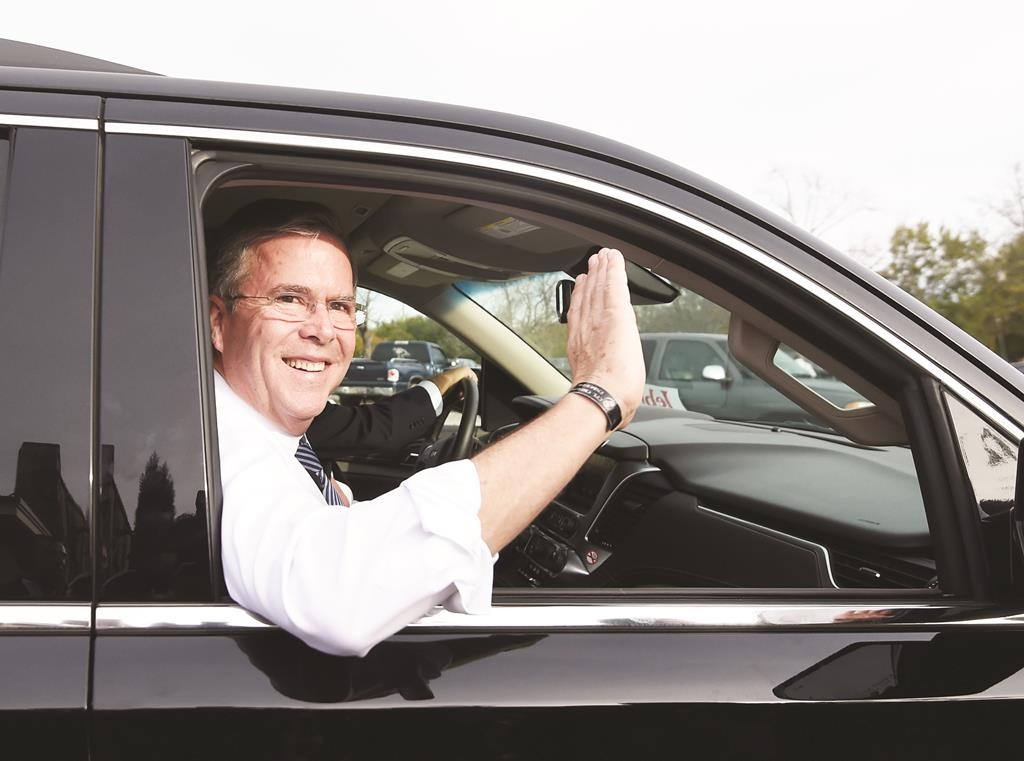 Republican presidential candidate Jeb Bush said Monday night that GOP front-runner Donald Trump “will be in decline” the next time they meet for a debate in mid-December.

Speaking at a closed-door fundraiser in Dallas, Bush also accused some Republican presidential contenders of being “in the witness protection program” when it comes to immigration reform, because they have backed off their previous positions on the issue. He suggested that revamping American immigration laws might help avoid the kind of terrorist attacks that struck Paris last week.

Bush spoke at the Dallas home of Amy and Malone Mitchell, who are members of the campaign’s “Texas Leadership Committee.” An audio recording of the event was provided to The Washington Post by someone in attendance, who asked for anonymity out of concern for potential retribution.

Among those in attendance Monday night was former president George W. Bush, and his wife, Laura.

“I’m just curious, when are you going to make a more aggressive attack on Donald Trump?” asked an unidentified man. “It seems like in the last couple of debates — I mean, I’m your biggest fan, but at the same time it seems like there’s not a lot of fight in you. I’m just curious, come December 15, is that a possibility?”

“Come December 15, Trump will be in decline,” Bush said to applause.

The next GOP presidential debate is scheduled for Dec. 15 in Las Vegas.

Recent polls of Republicans nationally and in the early contest states of Iowa, New Hampshire and South Carolina give the New York businessman a commanding lead over the GOP field — and a double-digit lead over Bush in every instance. Since October, Bush has slipped into the single digits, while Trump has either sustained his dominance or seen it slip just slightly.

Bush’s remarks on immigration came in response to a question about how he planned to win the general election. Bush told “the Jeb story,” noting that he earned double-digit support from Hispanics, African Americans and other minority groups during his two elections as Florida governor. He cited his record on immigration as a good example why.

Campaigning in Columbus, Ohio, in April, Bush told a crowd that he didn’t intend to change himself or his views: “There are views that I have that apparently are unorthodox. What am I going to do, go in a witness protection program or something?”

Bush aides declined to comment on the former governor’s remarks, citing a policy of not commenting on private events.

Jeb Bush is scheduled to campaign this week in South Carolina and New Hampshire before hosting another fundraiser in New York on Friday.