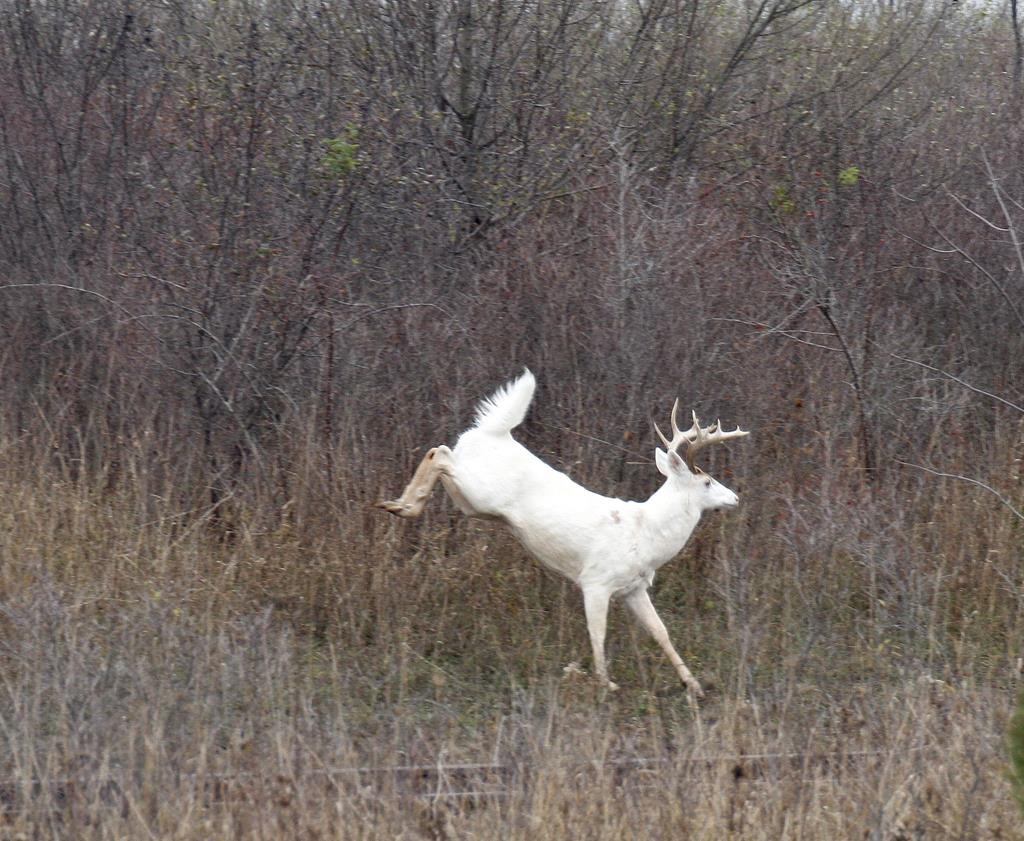 Hundreds of ghostly white deer roaming among overgrown munitions bunkers at a sprawling former Army weapons depot face an uncertain future after living and breeding largely undisturbed since the middle of last century.

The white deer — a genetic quirk that developed naturally on the 7,000-acre, fenced-in expanse — have thrived, even as the depot itself has transitioned from one of the most important Cold War storehouses of bombs and ammunition to a decommissioned relic.

Now, as local officials seek to put the old Seneca Army Depot up for bids next month, there is concern that the sale could also mean the end of the line for the unusual white deer. A group of residents dedicated to saving the animals has proposed turning the old depot into a world-class tourist attraction to show off both its rich military history and its unusual wildlife.

“When we ran bus tours on a limited basis between 2006 and 2012, we had people come from all over the United States to see the deer,” said Dennis Money of Seneca White Deer Inc. “People are enchanted by them.”

The estimated 200 white deer owe their continued existence to 24 miles of rusting chain-link perimeter fencing that went up when the depot was built in 1941, capturing several dozen wild white-tailed deer in the area’s extensive woodlands. The white deer are natural genetic variants of the normal brown ones. They’re not albinos, which lack all pigment, but are leucistic, lacking pigment only in their fur.

In the wild, white deer are short-lived, being easy targets for predators and hunters looking for a unique trophy. Small herds of white fallow deer roam protected sites in Ireland and on the campus of the Argonne National Laboratory in Illinois, but the Seneca Army Depot has the largest known population of white white-tailed deer, Money said.