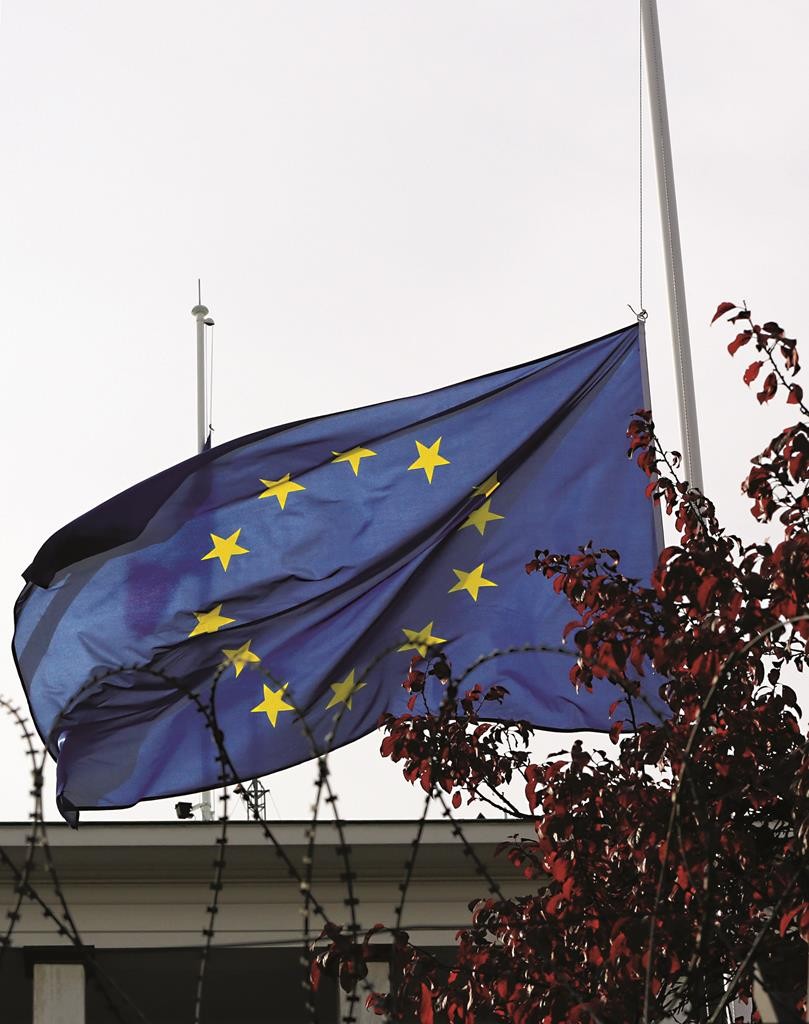 In the days after a wave of deadly terrorist attacks in Paris, European leaders have called for closer cooperation between member states in the fight against Islamic State.

A total of 5,000 soldiers are currently patrolling the streets of Paris, with reinforcements announced for Wednesday, as the state of emergency declared by President Francois Hollande in the immediate aftermath of the attacks on Friday continues across the country. Nearly 150 anti-terrorist raids were carried out in the night from Sunday to Monday by French law enforcement agencies in Paris, Lyon and Toulouse, and an additional 128 anti-terror operations were conducted overnight, bringing the number to 296 since the Paris attacks.

The U.K. has also taken steps to bolster security. Speaking at the G20 summit in Turkey, Prime Minister David Cameron announced a 15-percent increase in staff for the country’s security agencies MI5, MI6 and GCHQ, with plans to recruit an extra 1,900 agents to thwart terrorist plots on British soil. Cameron stressed that the attacks in Paris “underline the threat we all face, a threat to our values, to our way of life — and a threat we must defeat together.” Like his French counterparts, he called for a solution in Syria to eradicate the Islamic State at its root.

On Saturday, the day after the attacks, German Chancellor Angela Merkel promised France “any and all support,” sparking speculation that the country is reassessing its military involvement in the fight against Islamic State. Germany reinstated border controls with France and further announced the recruitment of additional security personnel tasked with the surveillance of the country’s large Salafist community.

But no other European country was shaken harder by the events in Paris than Belgium. For a long time now, the country has been known as a stronghold of violent Islamism in Europe. With 500 Belgian foreign fighters waging jihad alongside the Islamic State in Syria, the number is reportedly the highest in Europe per capita.

Haras Rafiq, managing director of the U.K.’s leading counter-terrorism think tank, The Quilliam Foundation, which works closely with the government on de-radicalization strategies, told Hamodia: “There is no doubt that Belgium has socio-economic problems when it comes to people of Muslim heritage. In fact, to a lesser degree, the same could be said of other mainland European countries. But the real problem is that for decades it has not got to grips with the barrage of ideological recruiters to Islamism who have fermented isolated communities into those that buy into their world view of ‘otherization’ and victimhood and persuaded them that the Islamist identity is their primary sense of belonging and solution to their grievances.”

Not for the first time, Belgium has found itself in the crosshairs of a large-scale counter-terrorism operation. Following the attack on the building where the satirical magazine Charlie Hebdo is produced, and the massacre at the kosher supermarket Hyper Cacher in Paris in January, as well as the foiled attack on the Thalys high-speed train in August, investigations led back to Molenbeek, the troubled eastern Brussels suburb at the heart of the Paris attacks probe. French gunman Mehdi Nemmouche, who killed four people at the Jewish Museum in Brussels last year, is also believed to have bought his Kalashnikov in Molenbeek.

Consequently, few were surprised to hear that authorities had raided addresses in the suburb in connection to the Paris attacks, less than 24 hours after the assault took place. Two of the attackers and at least three other people connected to the attacks have links to Molenbeek.

French authorities have also revealed that two men who registered as migrants in Greece were involved in the attacks, casting further doubt over the E.U.’s handling of the refugee crisis. Just hours after the news surfaced, Poland’s incoming minister for Europe, Konrad Szymanskic, told reporters that his country would withdraw from an E.U.-wide quota for the relocation of refugees. Hungary’s prime minister, Viktor Orban, known for his hardline stance on immigration, added that “terrorists have exploited mass migration by mingling in the mass of people leaving their homes in the hope of a better life.”

And Marine Le Pen, head of the far-right Le Front National, demanded an “immediate halt of all intake of migrants in France.” Others, however, warned that such rhetoric only reinforces what the Islamic State hopes to achieve by fueling the stigmatization and marginalization of Muslims and encouraging fresh radicalization in Europe.

Whereas after the attacks in January the sentiment of solidarity took center stage, fear over the security on the continent seems to have caught up with Europeans. Last time the terrorists came for the cartoonists and the Jews. This time they came for everyone.