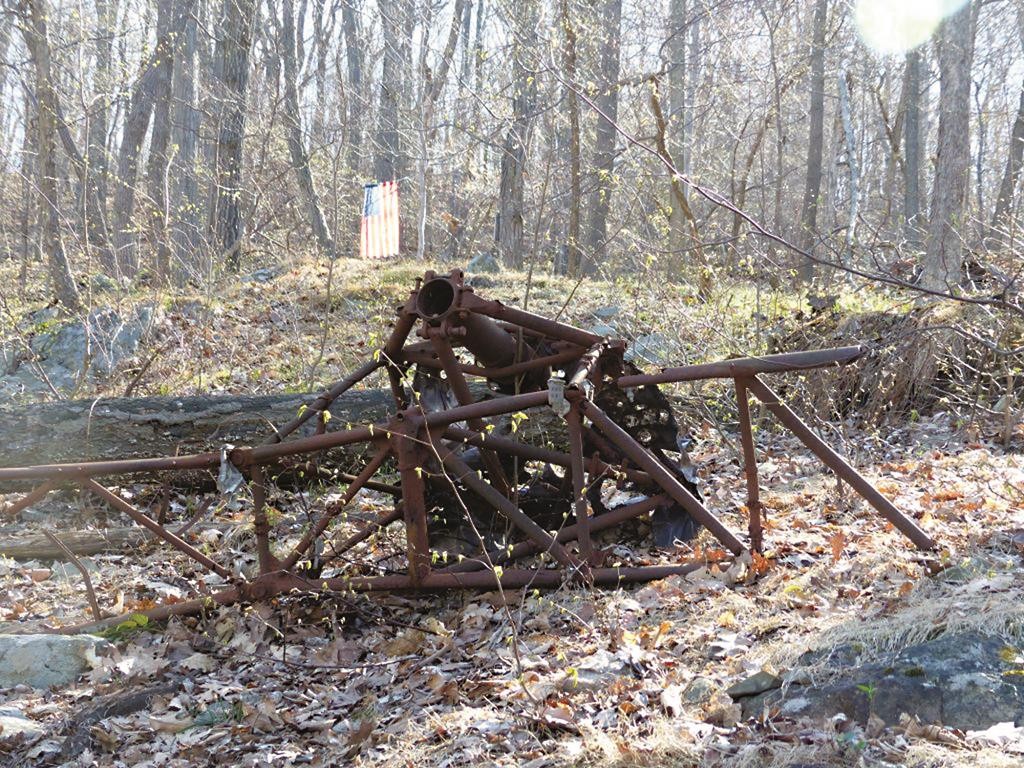 Soon after taking off on a foggy, rainy morning 70 years ago, a twin-engine Navy transport plane slammed into a mountain overlooking the Hudson River. All six Navy men on board were killed, including a highly decorated World War II hero dubbed “the indestructible man” for the numerous combat wounds he suffered in the Pacific.

A local group of about 60 people held a ceremony near the crash site Saturday to remember the victims of the Nov. 11, 1945, crash on Mount Beacon in the town of Fishkill.

“This was not a battle in Germany and or in the Pacific theater, but they were still serving our country,” said David Rocco, an organizer of the ceremony in the town’s War Memorial Plaza, located near the 1,610-foot mountain, the highest in the Hudson Highlands.

Rocco, a retired New York City public housing carpenter, first heard about the crash a few years ago while working to restore an old fire tower on Mount Beacon, a peak named for the fires American soldiers would light during the Revolutionary War to alert nearby outposts to British troop movements in the valley below.

He feels the six crash victims shouldn’t be forgotten, especially Commodore Dixie Kiefer, one of the most famous sailors to emerge from the fighting in the Pacific.

An Idaho native who grew up in Nebraska and graduated from the U.S. Naval Academy, Kiefer was second-in-command of the aircraft carrier USS Yorktown during the Battle of Midway. He helped battle fires below deck when the Yorktown was set ablaze by enemy bombs, then aided sailors in the water despite serious injuries suffered while abandoning the doomed vessel. Kiefer was awarded the Navy Cross and the Distinguished Service Medal for his actions.

In early 1945, while commander of the USS Ticonderoga, Kiefer’s leadership was credited with saving the aircraft carrier after it was hit by two Japanese kamikaze planes that killed or wounded more than 300 of his crew. His heroics earned him the Silver Star Medal and the sobriquet “the indestructible man,” bestowed by then-Navy Secretary James Forrestal, who was born in the city of Beacon, next to the mountain.

That April, Kiefer, 49, was given command of naval air bases in New England, including the air station at Quonset Point, Rhode Island. On the morning of Nov. 11 — then known as Armistice Day — he and five other servicemen boarded a transport plane in New Jersey for the short flight to the air station outside Newport.

Later that morning, some Beacon residents reported hearing a plane flying low over the city, followed by the sound of an explosion. It took searchers hours to reach the crash site near the heavily wooded peak about 60 miles north of New York City.

Some of the wreckage remains there to this day.