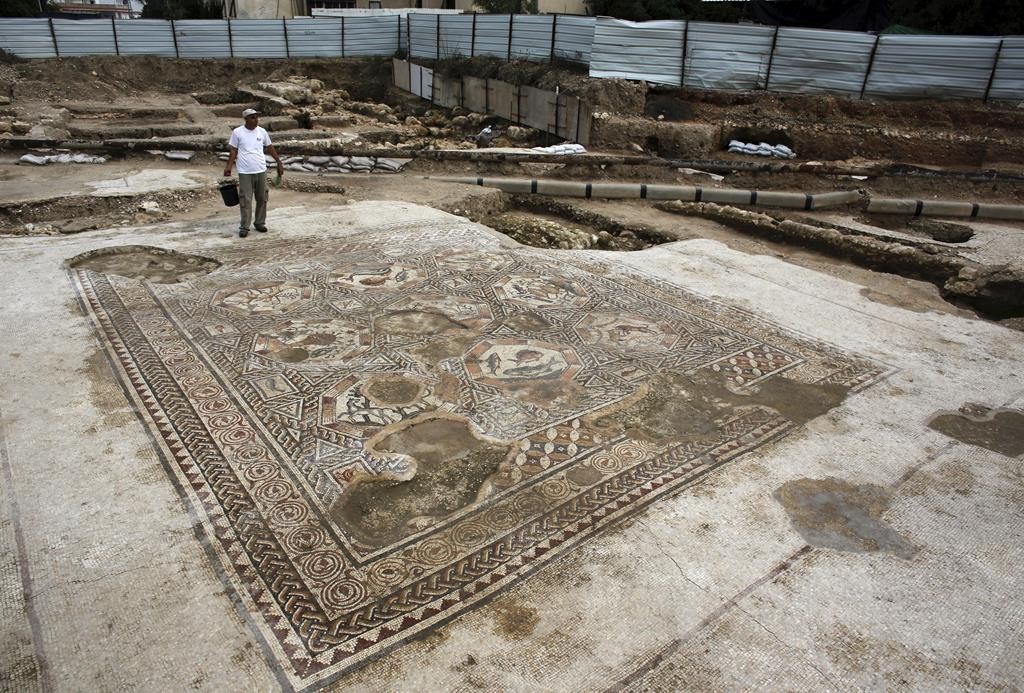 Israel’s antiquities authority on Monday unveiled what they believe to be a 1,700-year-old mosaic floor that archaeologists found last year while building a visitors’ center meant to display another mosaic, discovered two decades earlier at the same location.

The authority said the newly discovered Roman-era mosaic measures 36 feet by 42 feet and paved the courtyard of a villa in an affluent neighborhood that stood during the Roman and Byzantine eras after the destruction of Bayis Sheni.

The scenes include hunting animals, fish, vases and birds.

The new mosaic was found just a few yards from the first one, in what is today the central Israeli city of Lod.