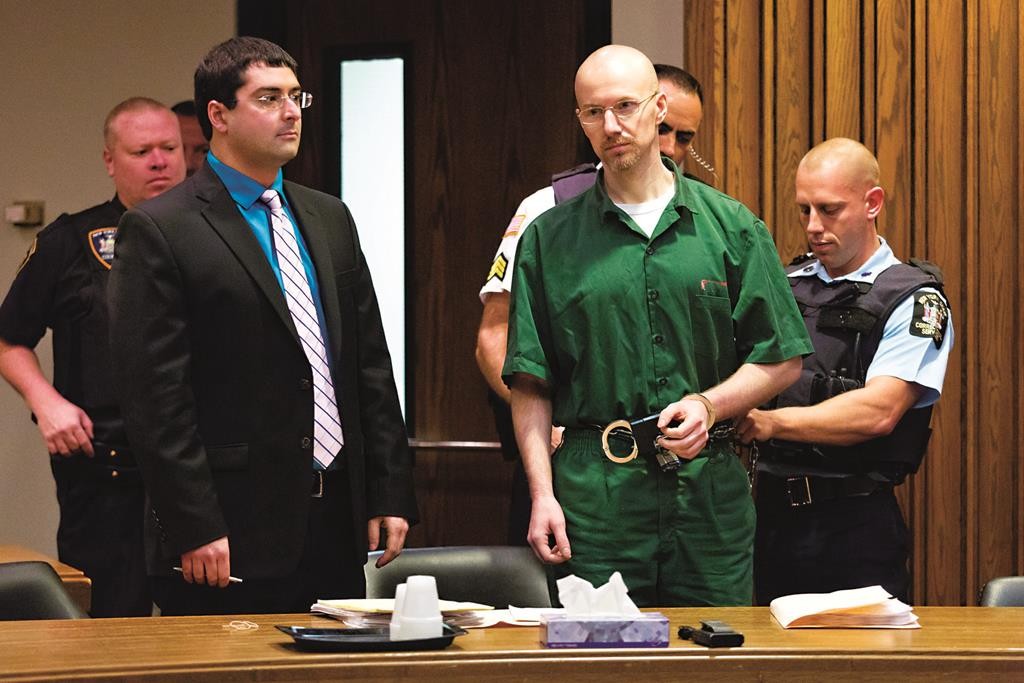 A convicted killer who was serving life behind bars when he staged a daring escape from a maximum-security prison pleaded guilty Friday to criminal charges for the breakout.

David Sweat, in his second court appearance since his June capture, no longer wore a sling, which he donned at the first appearance after being shot by authorities during his apprehension. His head was shaved, and he made no statement. The 35-year-old Sweat, still donning a goatee and mustache, has been in special housing at Five Points prison, confined 23 hours a day.

Sweat, standing next to his lawyer and ringed by five guards, was unshackled at one wrist, sworn in and answered, “yes, sir” and “no, sir” when Clinton County Court Judge Patrick McGill questioned him. He said he wasn’t under a doctor’s care, wasn’t coerced into pleading guilty and was taking medications that didn’t interfere with his ability to understand what he was doing.

District Attorney Andrew Wylie said $79,841 in restitution will also be sought from Sweat for repairs to the prison, jointly with former prison worker Joyce Mitchell. She pleaded guilty to helping Sweat and his accomplice break out of Clinton Correctional Facility on June 6.

Wylie also cautioned that Sweat can’t profit from selling his story about the breakout and three-week manhunt, invoking the state’s Son of Sam law that prohibits it.

Sweat pleaded guilty to two felony counts of first-degree escape and a felony count of promoting prison contraband for possessing hacksaw blades used to cut his way out. Each carries a sentence of 3 1/2 to 7 years in prison. While Sweat already has a life sentence, Wylie said these new convictions could mean more difficult prison time for Sweat, with fewer privileges and solitary confinement.

Restitution can be claimed against any income from prison jobs. Most New York inmates are required to work, and they earn less than $1 an hour.