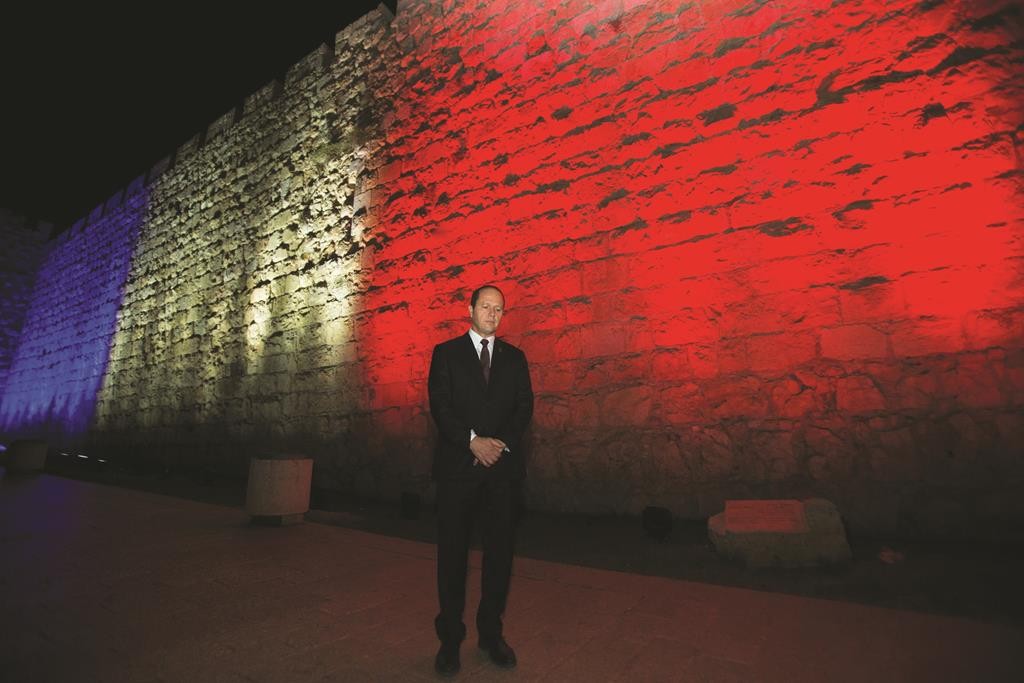 Israel has expressed solidarity with terror-stricken France, through condolences, rallies and the helping hand of its counter-terrorist resources in the wake of the devastating attacks in Paris.

Prime Minister Binyamin Netanyahu said he had given the word to Israeli intelligence services for full cooperation with French and other European authorities in their response to the attacks.

“This information can help the French — and not just the French, by the way — to deal with the aftermath, and not just with what happened, but also with terrorist attacks planned for the future,” Katz said.

He would not elaborate, though threats of future assaults have already been received in France.

Army Radio said electronic surveillance of ISIS strongholds in Syria and Iraq may have provided information about the Paris attacks.

Israel had no advance intelligence on the Paris attacks, but within hours was able to give France leads on the Islamic State operatives likely involved, according to a local media report.

A senior Israeli official was quoted as saying that he saw a “clear operational link” between the Paris attacks, Thursday’s Beirut suicide bombings and the Oct. 31 downing of a Russian airliner in the Egyptian Sinai.

Knesset Speaker Yuli Edelstein sent condolences on behalf of Israel’s parliament: “The terrorist attacks must be a wake-up call to all countries in the free world and their leaders. Wake up and declare, once and for all, an all-out war on extremist Muslim terrorism, before the entire West turns into the scene of a bloody terrorist attack.”

“The problem is that there is no political willpower or determination by the Europeans to deal with reality,” opposition leader Isaac Herzog (Zionist Camp) charged. “Without strong leadership willing to go all the way, we cannot expect a real change in the results of the struggle against radical Islam.”

Defense Minister Moshe Yaalon expressed his sympathies, along with advice: that Europe must pass tougher laws that will “enable a more effective battle against terrorism.

“The Europeans understand that there is a threat, but they have not taken the measures they could have — for example changing the legislation to allow listening in on potential terrorists,” Yaalon told Army Radio.

“The balance between security and human rights in Europe has so far tipped in favor of human rights, but there is no longer a choice,” he continued. “From now on the balance must be weighted on the side of security in order to defend democracy.”