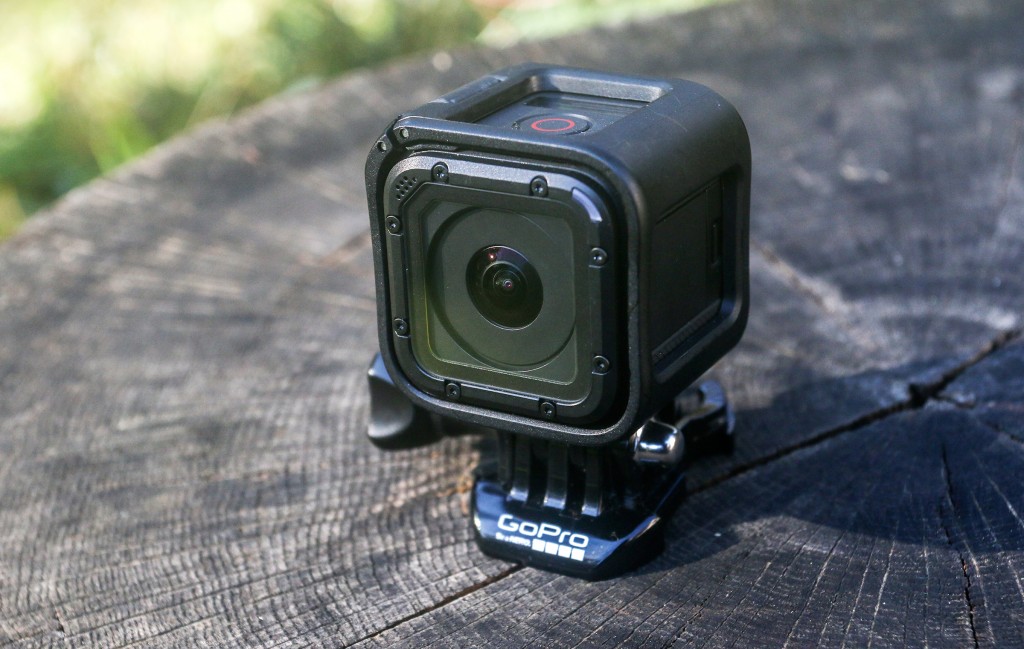 Action cameras are getting smaller, lighter, better and more connected. Whether you’re looking to gift one to a thrill-seeking bungee jumper or a mountain-bike recreationist, there are several cameras capable of shooting high-quality footage.

Small, high-definition action cameras might have seemed no more than the play toys of daredevils a few years back, but they are more commonplace now and used in conjunction with a variety of activities. Prices have dropped slightly, and while GoPro is still the leader, it is no longer the only offering.

Here are some nice choices if you’re looking to give the gift of HD action cams:

You get a solidly constructed, high-performance action cam that shoots up to 4K resolution, also known as ultra-high definition. That’s twice as much visual data as the regular, full high-definition format known as 1080p.

Does that matter? The answer is nuanced. You can see the difference if you have a new 4K TV. The footage looks excellent on a regular HD display, but you’ll want to marry this Sony camera with a 4K display to get the most out of it.

The X1000V performed extremely well and recorded finely detailed footage in various environments, including hard rain, underwater and (gasp!) in the hands of a running child. With a 170-degree panoramic field of view, the camera captures a good amount of the action in front of the lens. It also shoots silky-smooth slow motion when recording in standard HD mode. The waterproof housing proved useful when I dunked it in a tank full of large fish at the Tennessee Aquarium while on vacation.

High-quality accessories include a wireless remote control, which can be worn on your wrist to control the camera from a distance. That way, you don’t have to unhitch the camera from a helmet or surfboard every time you need to stop recording or adjust the settings.

The Sony X1000V is a solid choice for catching sports action in 4K.

GoPro’s Hero cameras have always been small. Now, there’s an even smaller one, the Hero4 Session. It’s about half the size of previous models. This light, power-packed, cube-shaped model is a fine addition for this leader in action cams.

The Session is easy to use, even though it lacks a built-in screen to show what you’re recording. One touch of a red circle button turns on the camera and starts the HD recording. I found this handy at an amusement park with friends and family. I even chronicled a torrential downpour that sent most park-goers scurrying for cover while others splashed madly in puddles.

The waterproof Session endured all environments I put it through, from water-drenched settings to the hands of a child as she bounded around a rock-climbing facility in Chattanooga, Tennessee. The footage turned out great, with colors and exposure just right and a built-in dual microphone system offering top-notch audio.

The Session is ideal for someone looking for a faster, easier way to start impromptu recordings and for those who want a camera that’s even less obtrusive to mount on a helmet during activities such as biking and skiing.

This camera shoots HD footage through a curved spherical lens to give it a massive fisheye look at the world. Kodak calls this 360 degrees of image capture, but it’s more of a really wide look to the front and sides, as it can’t see behind itself.

I put this in the hands of my kids and followed my dog around. I even used a monopod to affix it to the spare tire of my Jeep Wrangler for a fish-eye-view drive through Atlanta and nearby small towns.

The SP360 captured so much of the scene that it was fun to play it back and explore the surroundings in a much wider (albeit rounder) perspective that the human eye simply isn’t capable of.

It’s splash-proof and shockproof, and it comes in a durable case with a fancy curved lens cap for the bulbous lens.

The PixPro isn’t for everyone, but I found it among the most fun cameras available.

One newcomer is TomTom, more commonly known for its GPS devices and navigation services. The company’s Bandit camera shoots 4K video and boasts up to three continuous hours of recording.

It also has nifty social-media options. With the Bandit app, you can edit footage on your phone and even add a soundtrack.

The portion of the camera with storage can be removed quickly to reveal a USB connection that can be inserted into any laptop or desktop computer. Once attached, it’s simple to ingest the footage and edit until your heart’s content simply by dragging and dropping video files from the camera using a pop-up interface.

Footage from the Bandit has excellent color saturation and image clarity, rivaling anything I’ve seen from others under common outdoor lighting. An adjustable mounting rotates around the belly of the camera’s cylindrical housing; it accepts various attachments and even GoPro-related accessories through an adaptor.

The Bandit is heavier than the others tested and probably isn’t ideal for mounting on a helmet. But it is sturdy and has a sporty red-stripe-on-white design that gives it the look of pro-level gear. If you’re not wedded to the GoPro universe, you might give the Bandit some serious consideration. It’s more rugged than other models and sports sturdy metal mounting, while others typically use plastic.