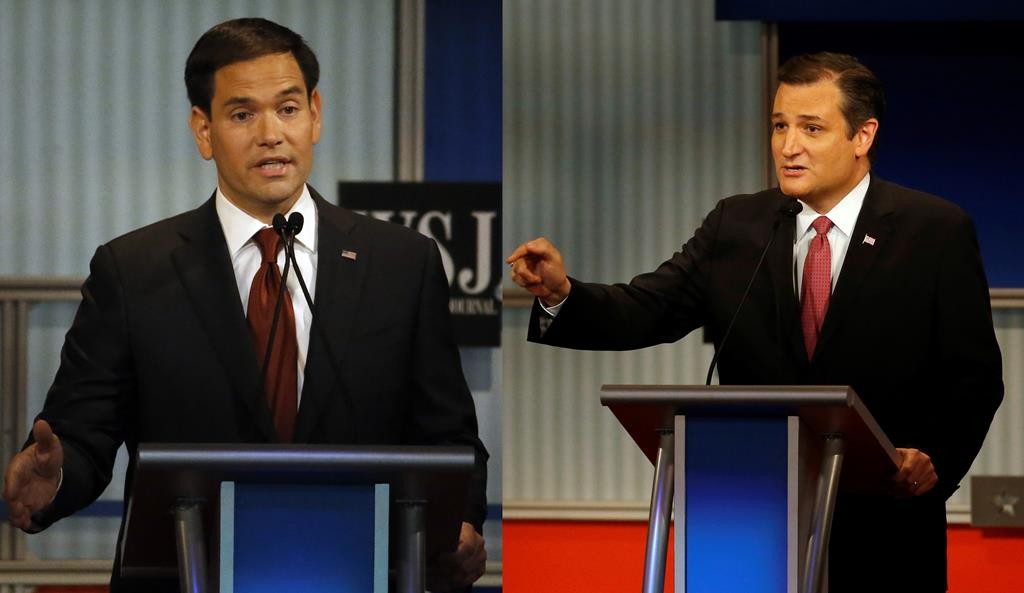 Sen. Ted Cruz (R-Texas) — who has spent the past few weeks taking oblique swipes at Senate colleague and presidential rival Marco Rubio (R-Fla.) — was sharply critical Thursday, blasting Rubio for his support of a failed immigration reform bill that would have granted a pathway to citizenship for undocumented immigrants.

The Texas senator told conservative radio host Laura Ingraham that Rubio had opposed adding provisions to the bill that would have strengthened border security.

“He opposed every single one of them. Every single amendment,” said Cruz, who had introduced some of those amendments. “It’s not like people were quiet in sharing their concerns at the time. It’s not like one had to engage . . . it’s not like this was rocket science.”

Rubio pushed back on those claims Thursday, saying the bill had the correct security components but was waylaid by voter mistrust — and arguing that he and Cruz shared “almost all the same views on immigration.”

“Ted is a supporter of legalizing people that are in this country illegally,” Rubio said after a campaign stop in South Carolina. “In fact, when the Senate bill was proposed, he proposed giving them work permits. He’s also supported a massive expansion of the green cards. He’s supported a massive expansion of the [H-1B] program, a 500 percent increase.”

Cruz and Rubio have both gained momentum in the presidential race in the past month after standout debate performances. Over that time, Cruz has slowly tried to highlight policy differences between the two, drawing contrasts between them even as he rarely mentioned Rubio by name.

During Tuesday night’s debate, Cruz made an unprompted call for an end to sugar subsidies, calling them “corporate welfare.” Rubio has aggressively supported the subsidies. Cruz has made veiled references to Rubio’s spotty Senate voting record and his support for the immigration bill.

There have been more pointed references, such as when Cruz knocked Rubio on trade and called the Florida senator a “moderate,” a subtle dig at a candidate who came into office as a Tea Party darling.

But on Thursday Cruz took the gloves off in response to Ingraham’s questions, which were pointedly about Rubio and the bipartisan “Gang of Eight” coalition that introduced the immigration bill.

“The Gang of Eight, all eight of them, agreed to vote against every amendment that would strengthen the bill from an enforcement perspective,” Cruz said. “The Gang of Eight voted as a gang against enforcing and securing the border.”

At a Chamber of Commerce summit in Hilton Head, South Carolina, Rubio offered a defense of the 2013 “Gang of Eight” bill.

Asked about Cruz’s charges, Rubio said that the immigration reforms needed after border security was addressed did not amount to “amnesty.” He did not discuss any ways that foreign-born workers who entered the United States illegally could become citizens, only how some could earn 10-year work permits. And he argued that “every candidate on [the debate] stage” favored some sort of legalization for workers now in the country illegally — including Cruz.

“If you look at it, I don’t believe our positions are dramatically different,” said Rubio.