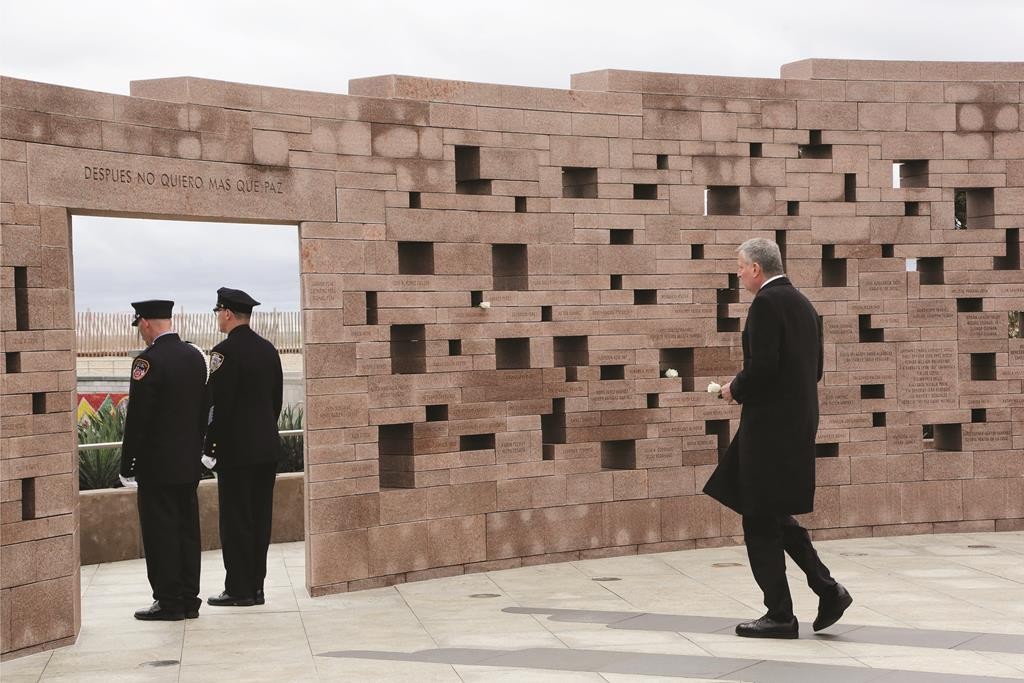 Mayor Bill de Blasio attended a memorial service on Thursday to mark the 14th anniversary of the crash of an airliner into a New York City neighborhood that killed 265 people and, unlike a year ago, he managed to be on time.

In 2014, de Blasio outraged mourners when he arrived late to the annual early morning memorial service in the Rockaways for those killed in the American Airlines Flight 587 crash. His staff first blamed the fog and a police boat but then the mayor acknowledged that a “rough night” had caused him to miss a moment of silence for the dead. His apology did little to prevent scathing headlines.

But this year he arrived more than 30 minutes early. And his committed effort to be more punctual in general is part of an overarching strategy by City Hall to eliminate unforced errors that yield negative press while trying to more tightly control his image.

The mayor’s office is trying to bypass the press by connecting directly with voters, though the tactics have raised concerns about someone who had vowed to be “the most transparent mayor in history.”

De Blasio, whose approval ratings have slipped to new lows, had been criticized for not holding town halls, which had been a staple for New York mayors. The mayor’s critics said his avoidance of the format indicated he was out of touch with the day-to-day problems of everyday New Yorkers.

He held one last month on housing issues, but attendees were organized by community groups, ensuring a friendly audience. He is slated to hold a second one Thursday night in Queens on education issues, but access must go through a liberal councilman.

Moreover, de Blasio has openly said he will be curtailing freewheeling question-and-answer sessions with the City Hall press corps. De Blasio’s predecessors, including many who had oft-antagonistic relations with the press, would hold several news conferences a week in which reporters could ask about any topic they pleased.

But in the late summer, City Hall moved to limit those events to just one most weeks, while holding other press conferences in which the mayor would only answer questions about the subject matter he was discussing. The rise of those “on-topic-only” press conferences has drawn the objections of The New York Press Club, and reporters have begun to ignore the restrictions.

De Blasio has defended the decision, and his aides have said the news conferences would be supplemented by other types of media availabilities.

“I have a job to do,” de Blasio said last week. “Much more important than giving the answers to the questions is actually doing the work.”