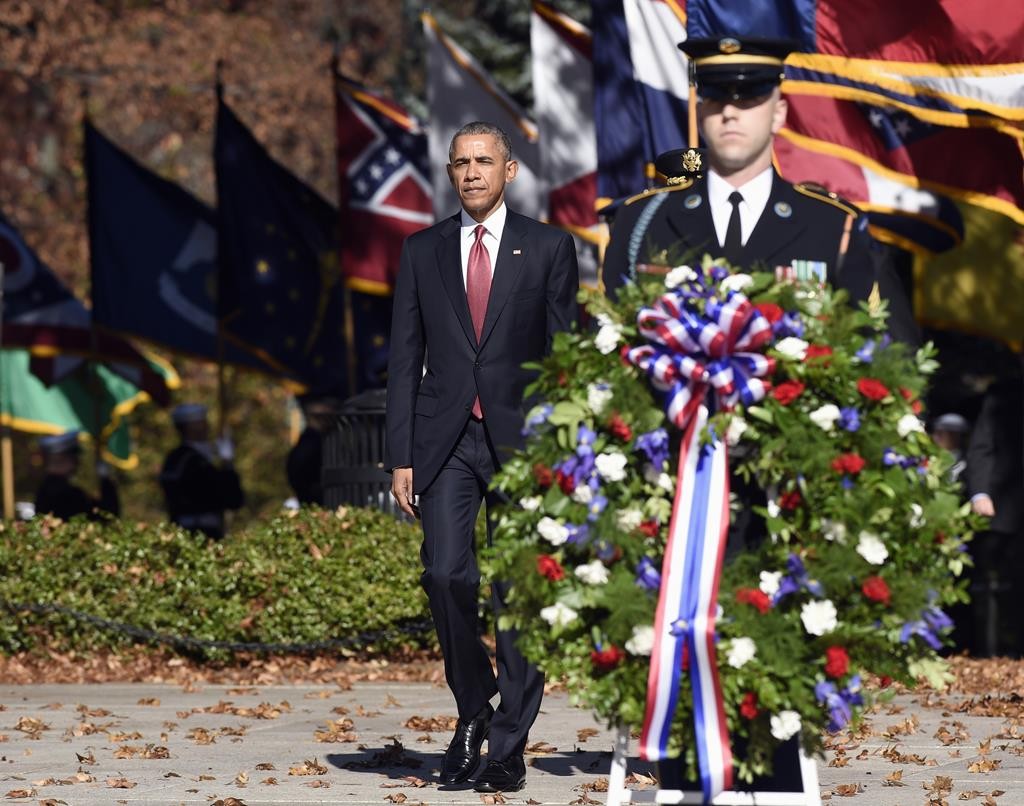 President Barack Obama urged the public Wednesday to keep thinking about veterans long after the annual holiday honoring them.

At an observance at Arlington National Cemetery, Obama said the Department of Veterans Affairs is getting a bigger budget and making progress on entrenched problems such as veteran homelessness and a backlog of disability claims.

“Still the unacceptable problems that we’ve seen, like long wait times and some veterans not getting the timely care that they need, is a challenge for all of us if we are to match our words with deeds,” Obama said. He said his message to every veteran is “that I am still not satisfied.”

Obama said the Veterans Day federal holiday is about more than showing gratitude to veterans. “It is also a reminder of all that they still have to give our nation, and our duty to them,” he said.

He said the country is in the midst of a new wave of veterans who served in Iraq, Afghanistan and elsewhere. He asked communities and businesses to consider hiring veterans, and said some 200,000 veterans are returning to civilian life every year.

“If you want to get the job done, hire a vet,” Obama said. “They’re ready to serve and they’ll make you proud.”

The president also laid a wreath at the Tomb of the Unknowns and bowed his head in a moment of silence.