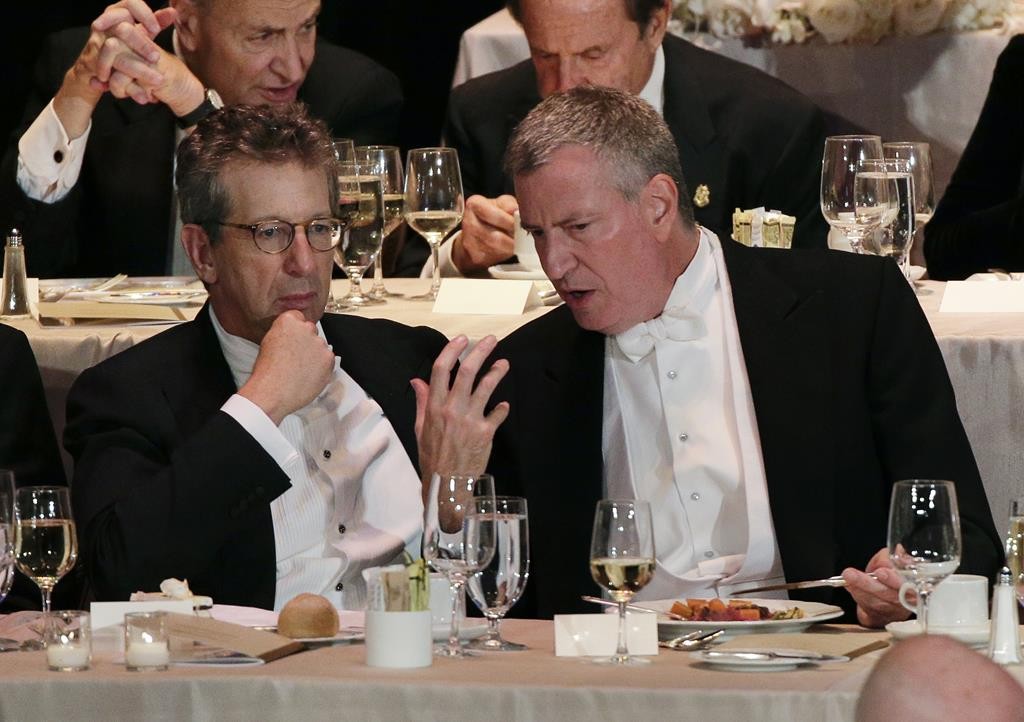 “Governor Cuomo’s here because we told him Mayor de Blasio wouldn’t be,” said host Alfred Smith IV, great-grandson of the former governor and presidential candidate for whom the event is named.

The governor and the mayor, who appeared to keep their distance as they sat at their seats on the dais, shook hands and laughed together during Smith’s remarks.

Former Mayor Michael Bloomberg delivered the keynote address at the black-tie event, which raises money for various charities and is known for its humor, often at the expense of politicians who attend.

“It’s great to see Mayor de Blasio actually in New York,” Bloomberg said, poking fun at recent reports about de Blasio’s frequent out-of-state travel. “To get him to show up, his staff told him that the dinner was in Iowa.”

Bloomberg, who’s an independent, also joked about the monthslong feud between the mayor and the governor.

“Despite what you read in the press, Governor Cuomo and Mayor Bill de Blasio are an incredibly close couple,” he said. “Like Cain and Abel, Hamilton and Burr. … The mayor and governor finish each other’s anonymous quotes.”

The Alfred E. Smith Memorial Dinner has been held annually since 1945. President Barack Obama delivered the keynote address at the dinner in 2012. Organizers said Tuesday night’s event raised about $2.6 million for charities.