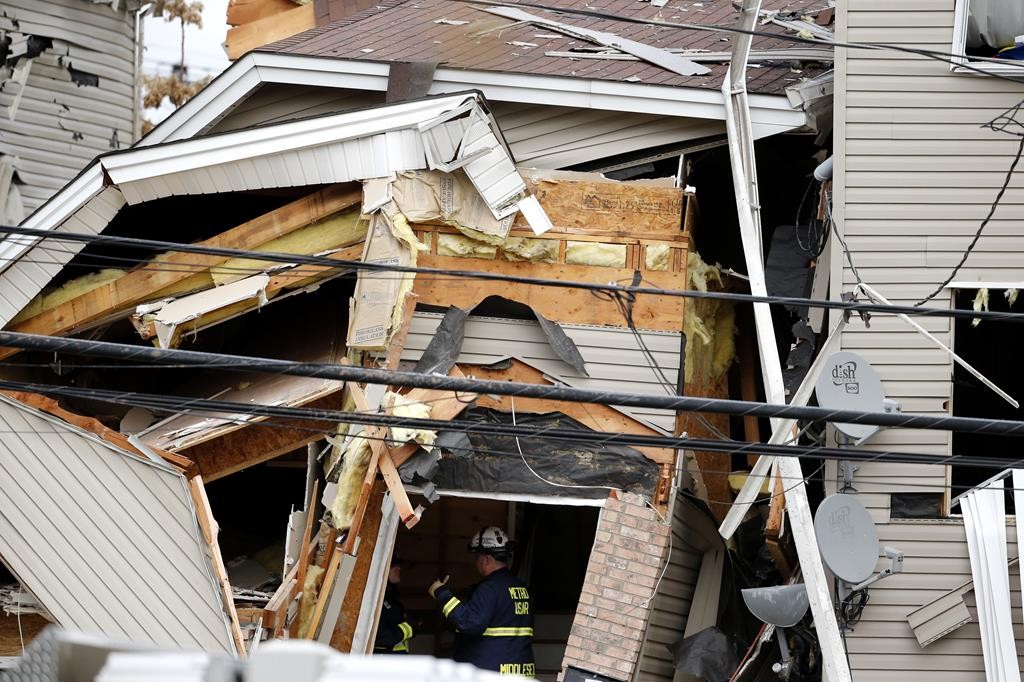 An explosion in northern New Jersey that leveled a duplex “like a pancake” Wednesday and knocked a next-door neighbor out of bed killed one resident and left two other people in critical condition with severe burns, officials said.

In all, 14 people were taken to hospitals, including an 11-year-old who was one of the critically injured in the Elizabeth explosion, Mayor Chris Bollwage said.

The blast leveled the two-family duplex “like a pancake,” Bollwage said. Swarms of fire trucks and rescue vehicles crammed the street where the explosion occurred, a scant 100 yards from a busy corridor.

The explosion happened on the second floor, and the mayor described it as gas related. However, a preliminary investigation by Elizabethtown Gas hasn’t linked the explosion to a natural gas leak, said the utility’s spokesman, Duane Bourne.

The fire went out on its own. Bollwage and Elizabeth Fire Chief Thomas McNamara said that fact may have helped prevent the loss of more life.

“There was a blast fire after the initial explosion, and we’re very fortunate we didn’t get a major fire afterward,” McNamara said. “It would have been a whole different ballgame.