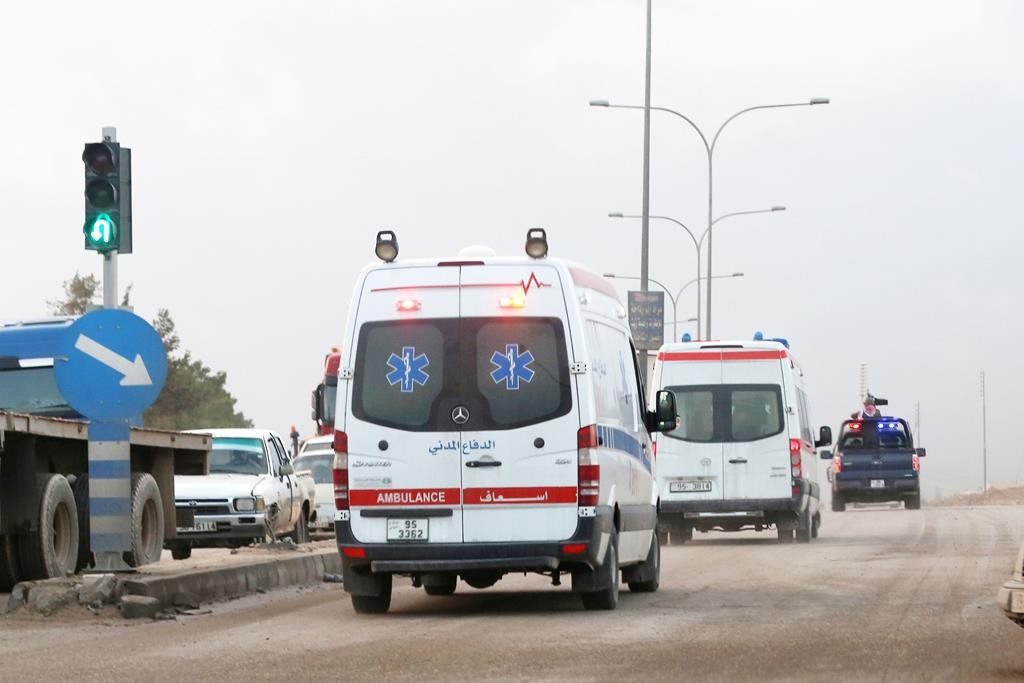 Prime Minister Binyamin Netanyahu’s advisors sat for hours upon hours in Jerusalem before his departure to the United States, deliberating which subjects should be discussed in the first five minutes of the meeting with President Obama. Those minutes would determine the direction of the entire conversation, the experts said.

But when it came to the meeting itself, nothing went as planned.

The conversation between the American president and his Israeli guest opened in a totally unexpected fashion. The handshake between the two was warm, and they immediately began to speak. And what was the first subject during those critical moments? Not Palestinians, nor Iran, Syria or budgetary assistance.

They two exchanged information about the shooting by a Jordanian officer in an American facility in Jordan. Just a few hours before the White House meeting, the Jordanian officer opened fire with his automatic weapon in an American training center in Amman, the capital of Jordan. Eight people were killed according to one report, six according to another. In any case, among the fatalities were two American soldiers who served as instructors in the combat training center that America operates in Jordan. To date, the center has trained more than 100,000 fighters, mostly Iraqis, but also Palestinians, Lebanese, Afghans and Saudis.

Even President Obama had no good answer to the question of what motivated the shooter to open fire against the American instructors. “We’re investigating, we’re looking into it,” Obama repeated over and over.

But Israeli intelligence sources assessed half a year ago, or more, that there were chances that the conflicts in the Middle East would take a new direction, in the form of terrorists who would try to harm Americans or anyone else who would aid Syrian President Bashar Assad, or who would try to pummel ISIS.

The information was conveyed to all the relevant entities. What they did when they heard it is not known, but from two incidents that took place in recent days it is clear that very little was done. The Israeli warning included the possibility of targeting an aircraft by firing a missile towards it or by hiding a bomb on board, as well as physical harassment of external advisors, with an emphasis on Americans.

But in actuality, it’s very hard to protect all these. The Egyptians can do whatever they want to guard the airport in Sharm El Sheikh, but as long as there are Bedouin workers there, then everything is open, dangerous and possible. The same is true in Amman, Jordan. The employment of pro-radical Islamists throughout the kingdom, including in the army, makes it possible for dangerous entities to reach the front lines—and come in contact with American soldiers and officers.

And from there to the possibility that one of these millions of people will take up a weapon and begin to fire in all directions is a very short distance. And that’s what happened in Jordan. A Jordanian officer  opened fire and killed two Americans (among others), and the Jordanians reacted rapidly, like any worthy army would do against terrorists: shot to kill. The Jordanian shooter was killed at the scene by Jordanian security officials.

This teaches us that criticism of Israeli actions, when its people fire at terrorists, stabbers and those who try to run people over, and the reality connected to “a critic that harshly condemns the act” are two entirely different things.  The message to Israel is: “You are not allowed to, they are.”

In Amman, someone was operating on behalf of an extreme organization connected to fighters in the greater region. Was he a member of Islamic State or Al Qaida? It makes no difference. He and/or the ones who sent him wanted to send a message to the Americans that someone doesn’t like their involvement on the scene. ISIS tried to convey the same message to the Russians by concealing a bomb on the plane that took off from Sharm El Sheikh. In both cases, they were soft underbelly locations for the Jordanians and the Egyptians.

Then, 57 people were killed and more than 100 were wounded. Al Qaida officially claimed responsibility. Such attacks had already taken place more than once in Afghanistan, but it was a first for Jordan. The one who carried it out, or sent someone to carry it out, knew that Jordan was a close friend and ally of the United States in the Middle East, and a member of the Western coalition to bring down ISIS in Iraq and Syria. Moreover, the Jordanians opened their territory not only to American advisors, but also to American armed forces, which decided to establish their main base in the closest area to the scene, from where they operate alongside Jordanian soldiers.

A fleet of American fighter planes is also stationed in Jordan, and recently, under joint American-Israeli-Jordanian coordination, the Israeli Air Force transferred 18 of its own fighter helicopters to the Jordanian Army so the latter could practice using them in the event ISIS drew closer.

The Jordanians don’t understand tricks. When ISIS burned to death a Jordanian pilot that fell into their hands two years ago, the Jordanians went wild. They sent planes—of which they have no small number—with their pilots, who are very good, in order to pound ISIS.

Why did the Jordanian king do this? And why did he do so a few hours after the horrific images of the pilot burning in his cage were disseminated?

The answer lies with the fact that the murdered pilot was Bedouin. He was the son of a respected family in the kingdom. Abdullah did not want an internal war to break out in his land and decided to take action himself, with a harsh hand, against those who harmed his pilot. Many ISIS terrorists were hit, and their anger against the Jordanian king has not dissipated.

It was clear that the moment would arrive when someone would send an emissary to act. He could be a member of ISIS or of another organization that the Jordanians operated against. The price for this conflict is being paid for by the Americans at a place where it’s easiest to harm them.

Even if this was not carried out by ISIS, the ones who dispatched the terrorists belong to one of the groups that are involved in these conflicts. There is no lack of such groups. These proxies don’t need much—a gun and a few rounds of bullets and they are on their way—as happened on Monday.

No one should try to persuade the public that it is a “madman,” or someone who has gone out of his mind. A similarly “mad” person was already part of the Jordanian army, and he climbed into a tower and shot and killed seven Jewish girls in the Jordan Valley. Similarly “mad” Jordanians stood on the ramparts of the Old City of Yerushalayim, firing into the new city, and there are many more. In all the cases it emerged that none of them was really crazy. They were, and remain, emissaries of evil.