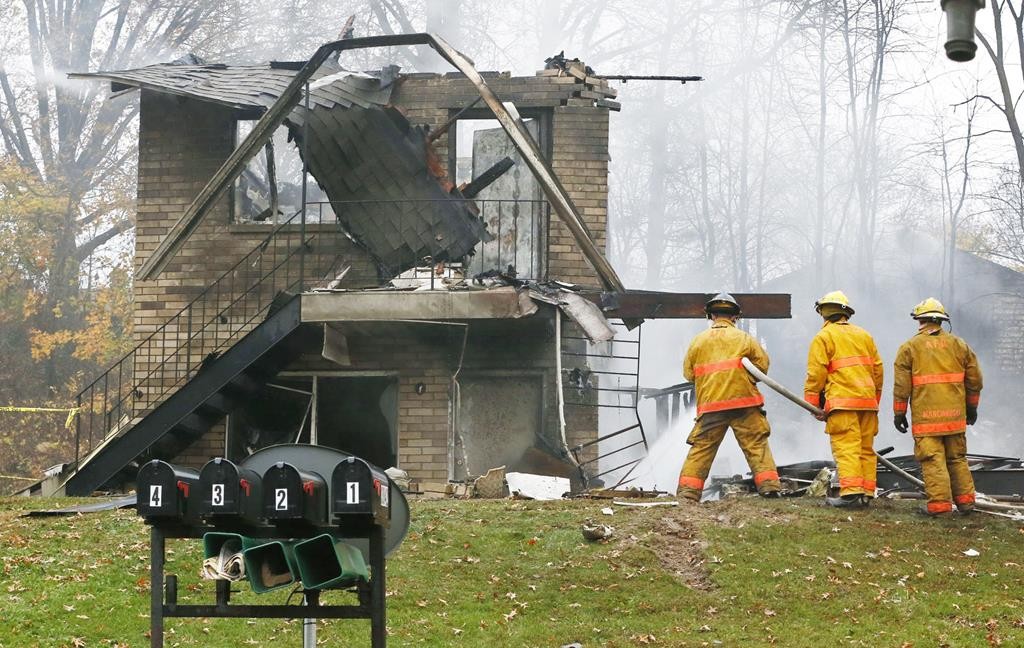 The owner of a private jet that crashed in Ellet Tuesday afternoon said nine people, including two pilots, were on board. None are believed to be alive.

Authorities on scene said more bodies may be inside the small jet that crashed into a home and then an apartment building. A fire burning at the crash site had prevented authorities from confirming how many were on board the 10-passenger plane.

Augusto Lewkowicz, the owner and operator of the plane, said he would not release the names of the seven passengers or two crew members, only hours after the fatal crash in Akron.

“I owe responses to the family members first,” Lewkowicz said.

The mid-size corporate jet was on the second leg of a charter that began Monday, Lewkowicz said, noting that there was no indication prior to the crash that anything was wrong.

“It was a perfectly well-maintained aircraft with no squawks,” Lewkowicz said, adding that there was no chatter from the pilots to indicate anything was out of the ordinary.

The flight was chartered by Execuflight, a Florida company.

Staff Lt. Bill Haymaker of the Ohio State Highway Patrol described the plane’s final path. The aircraft clipped electrical and telephone wires before hitting a small apartment building and careening into an embankment. A second building in the area also was damaged.

No injuries or deaths occurred on the ground, Haymaker said. But the fire, still burning hotly at 4:30 p.m., made further investigation difficult.

The occupants of the building that was destroyed weren’t home at the time of the crash.

Tony Molinaro, a spokesman with the Federal Aviation Administration, identified the plane as a Hawker H25 business jet that crashed while on approach to Akron Fulton Airport.

FAA investigators are on their way to the accident site and the National Transportation Safety Board has been notified. Molinaro said the NTSB will be in charge of the investigation.

Neither the FAA nor the NTSB would confirm injuries or fatalities and did not release the names of pilots or passengers, deferring to local authorities.

Akron police and firefighters responded, with firefighters working to extinguish a massive fire created by the crash, according to a city press release.

Pieces of the plane, engulfed in flame, skidded off an embankment behind the home before igniting an apartment building. The crash caused at least 1,500 customers to lose power, but Ohio Edison officials said all but 100 customers had been restored by 4:30 p.m.