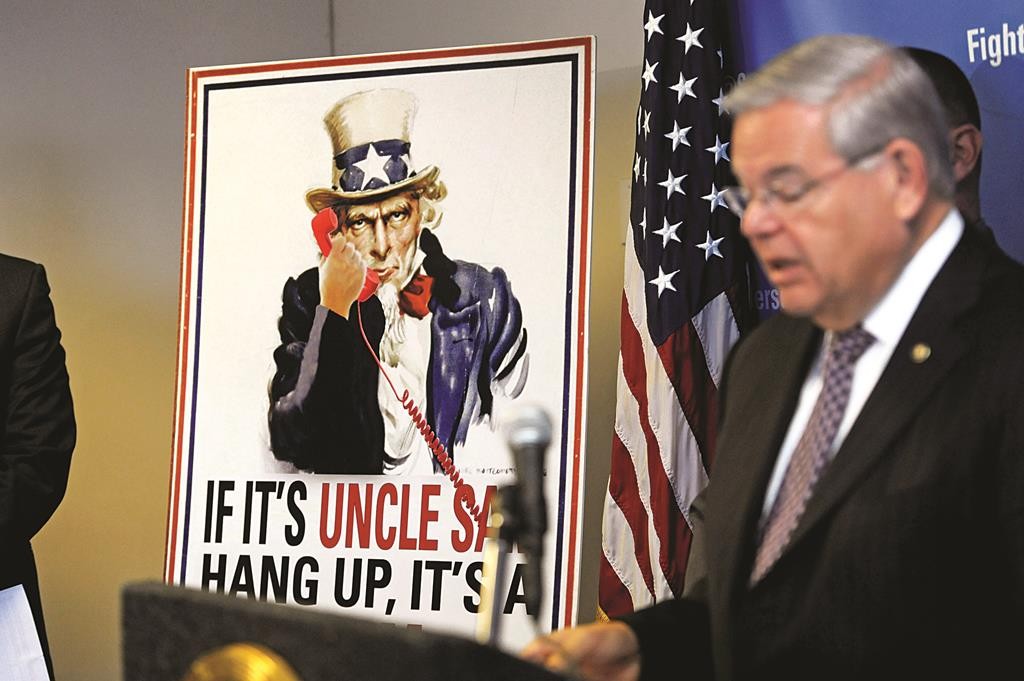 The messages on Linda Maiorana’s answering machine were troubling, and, worse, they kept coming: several per day, for three or four days, all demanding she pay the IRS or face a lawsuit.

The calls were bogus, and Maiorana was savvy enough to speak to a lawyer who told the Bloomfield, N.J., resident to ignore the demands. Others haven’t been as fortunate, such as the dozens of people across the country allegedly scammed out of hundreds of thousands of dollars by a central New Jersey pair arrested in September.

The scammers could become even more emboldened if a provision remains in the federal budget that allows government agencies or their third-party contractors to call people without their consent, said Sen. Bob Menendez, who has co-sponsored a bill to repeal the provision.

Discussing the HANGUP Act Monday — the acronym stands for Help Americans Never Get Unwanted Phone Calls — Menendez said restricting agencies like the IRS from making the calls will reinforce to potential victims that any call from someone claiming to represent the agency is a scam.

The call scams are “sophisticated and effective, and they’re now about to become a lot more legitimate,” he said.

The Treasury has received more than 700,000 reports of potential scam calls over the last few years, Menendez said, and it’s estimated more than $20 million has been lost.

Linden Police Capt. James Sarnicki said Monday complaints to his department about scam calls have “skyrocketed” in the last two years. Leonia Police Det. Michael Jennings, who was instrumental in catching the scammers this fall, said he has received calls daily since the arrests were publicized.