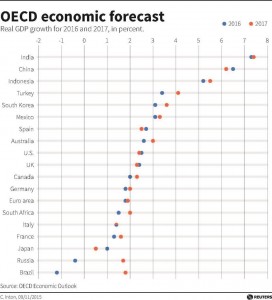 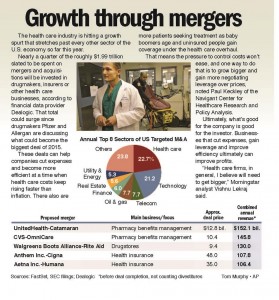 Health care stocks including drug companies also made gains, while Apple dragged down the technology sector. Analysts at Credit Suisse said a slowdown in the company’s orders for components suggests demand for the new iPhone 6 is weak.

Stocks spent most of Tuesday in the red, then turned positive in the last hour and a half of trading. The S&P 500 had fallen 1.5 over the previous four trading days. Most of that loss came on Monday, when the index took its biggest dive in six weeks.

Botox maker Allergan was one of the biggest gainers in health care. The Irish company, which has held talks with competitor Pfizer about a potential sale, rose $9.88, or 3.3 percent, to $306.70. Drugmakers Perrigo, Endo and Mallinckrodt all traded higher.

Apple lost $3.80, or 3.2 percent, to $116.77. The world’s most valuable company reported record earnings just two weeks ago, boosted by surging sales in China. Apple gets more than two-thirds of its revenue from iPhone sales, and some investors are worried that Apple won’t be able to maintain its growth as worldwide smartphone sales slow down.

While tech and health care stocks have performed well this year, some companies could have a rougher road ahead. With the Federal Reserve poised to raise interest rates, the dollar could get stronger. That would be a source of pain for semiconductor makers and drug companies, said Jack Ablin of BMO Private Bank.

“The types of companies that could get hurt are the ones that rely on exports for their growth and profits,” he said.

Chipotle Mexican Grill’s restaurants in Washington state and Oregon could reopen in a few days after. A total of 43 locations were closed because of an E. coli outbreak, and tests for the bacteria at Chipotle restaurants came back negative. Shares of Chipotle rose $19.59, or 3.2 percent, to $628.88.

Gap lost 40 cents, or 1.4 percent, to $27.29 after the retailer posted disappointing results for October, including lower overall sales. Earlier in the day its stock fell as much as 6 percent.

Industrial equipment and software maker Rockwell Automation fell $3.61, or 3.4 percent, to $104.18 after its earnings came up short of what analysts were looking for.

Bond prices didn’t move much. The yield on the 10-year Treasury note dipped to 2.33 percent from 2.34 percent a day earlier.