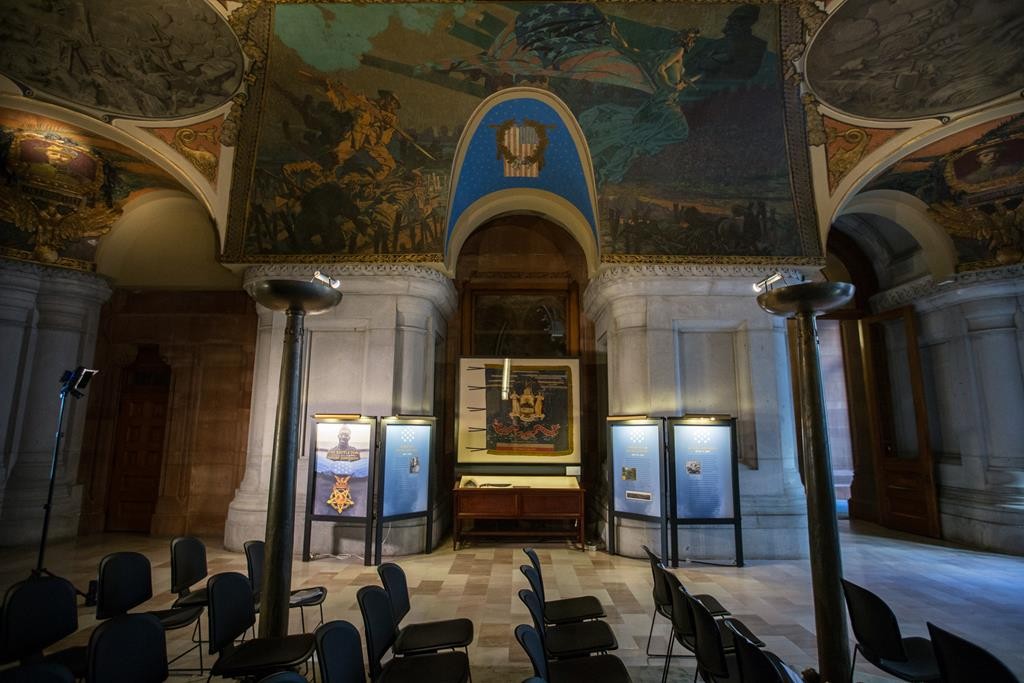 The Medal of Honor posthumously awarded to a World War I hero from Albany earlier this year went on display Monday at the state Capitol.

Sgt. Henry Johnson’s medal is part of an exhibit opened in his honor in the War Room on the second floor of the Capitol. He was a rail station porter in Albany when he joined the 369th Infantry Regiment, an all-black unit based in Harlem. The regiment was fighting in France in 1918 when Johnson rescued a fellow American soldier while fighting off a German attack.

Johnson, who died homeless in 1929, was awarded the nation’s highest military decoration by President Barack Obama.