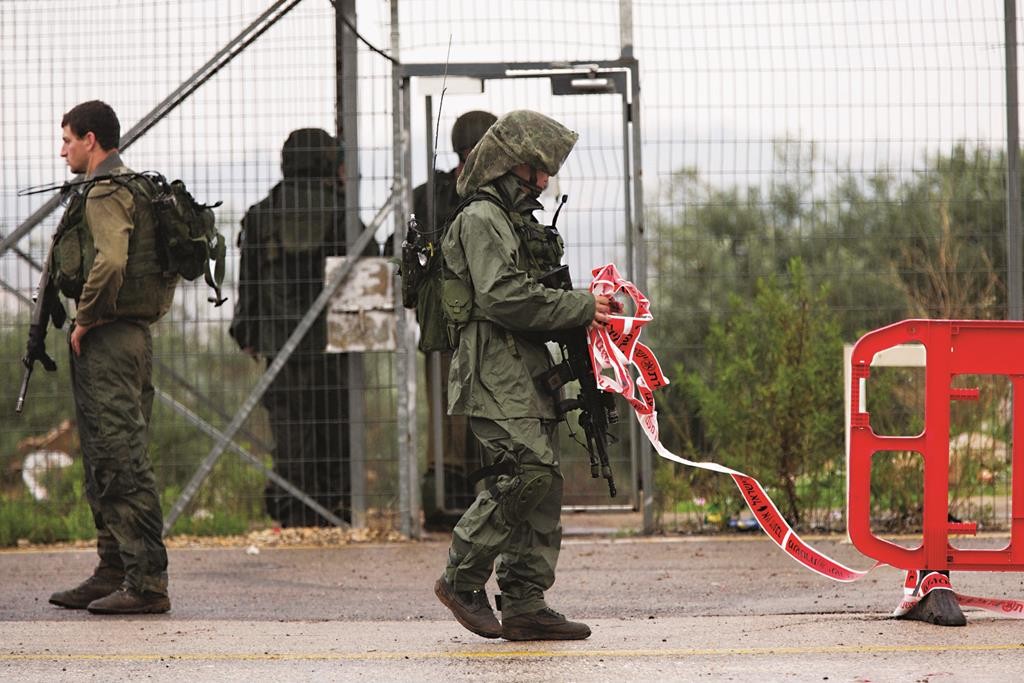 B’chasdei Hashem, another stabbing attack was prevented at the Eliyahu crossing into Israel from Palestinian areas on Monday morning.

A female suspect arrived on foot at the vehicular crossing on Highway 55 in the Shomron, where she was instructed to halt by security guards. When she ignored them, they fired a warning shot in the air, at which point she pulled out a knife. The guards opened fire and killed her, the Defense Ministry stated.

A note written to her family found on the woman made clear that her attempted attack was premeditated.

“I don’t know what will happen to me in the end. I am doing this with a clear head. To defend the homeland and the youth,” she wrote in the letter.

She was identified as 23-year-old Rasha Owaisi from Qalqilya

Highway 55 between Jaljulya and Alfei Menashe was briefly closed to traffic following the incident.

Earlier Monday morning, the Israeli army said it struck a Hamas position in the Gaza Strip in response to a rocket fired Sunday evening into southern Israel. There were no injuries reported in Israel and no immediate comments from officials in Gaza.

The IDF spokesman reiterated Israeli policy, which holds Hamas responsible for all terrorist activities in the Gaza Strip, which Hamas rules.

In a separate item, the Yerushalayim DA’s Office on Monday filed an indictment against Balal Abu Gaanam for three murders and seven attempted murders in the October 12 Armon Hanatziv terror attack.

Gaanam, 21, of Jebel Mukaber, was “a supporter” of Hamas for several years prior to the attack.

According to the indictment, soon after he boarded the No. 78 bus, Gaanam started to fire on passengers while the Hamas agent who recruited him, Baha Elian, started to stab passengers.

When Gaanam ran out of bullets, he started to try to attack another passenger.