Israel Obama, Netanyahu Seek to Put Iran Behind Them
Israel 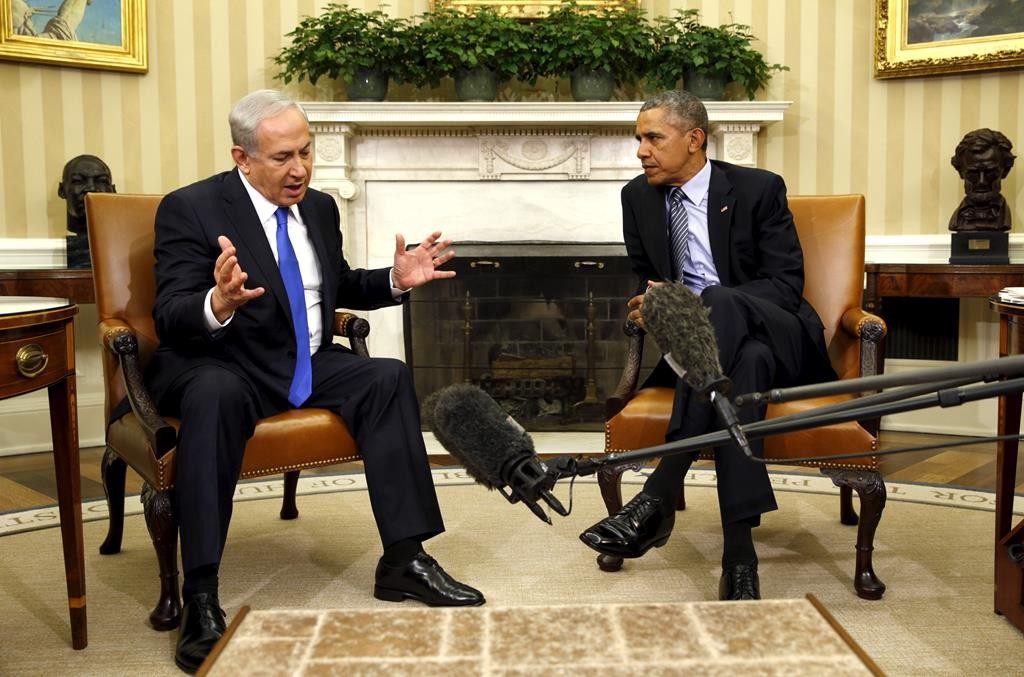 During the long-awaited meeting of President Barack Obama and Israeli Prime Minister Binyamin Netanyahu on Monday, their first in over a year, they reaffirmed the “unbreakable bonds” between their two countries in a friendly atmosphere designed to show that the turbulent period of the Iran debate is now behind them.

Before their meeting, during opening remarks before reporters, Obama acknowledged that “it’s no secret that the prime minister and I have had a strong disagreement on this narrow issue,” referring to Iran’s nuclear program.

Netanyahu was similarly focused on stressing the current areas of agreement.

They addressed in broad terms the intense speculation in the media in recent days about the agenda for the talk — whether it would deal with Israel’s requests for greater military assistance to defend itself, particularly against the Iranian threat, and if Obama would renew pressure to move toward peace with the Palestinians.

“I also will discuss with the prime minister his thoughts on how we can lower the temperature between Israelis and Palestinians, how we can get back on a path towards peace, and how we can make sure that legitimate Palestinian aspirations are met through a political process, even as we make sure that Israel is able to secure itself.

“And so this is going to be a lot of work to do, with too little time, which is why I will stop here and just once again say, ‘Welcome.’”

“I want to make it clear that we have not given up our hope for peace — we’ll never give up our hope for peace,” Mr. Netanyahu said. “And I remain committed to a vision of peace of two states for two peoples, a demilitarized Palestinian state that recognizes the Jewish state.”

However, the prime minister did not discuss in any detail the confidence-building measures that he was reportedly bringing with him to the Oval Office.

They confirmed that the 10-year military assistance package would be a major item on the agenda. The agreement expires in 2017, and Obama said he wanted to get a “head start” on renegotiating it.

After the meeting, there were no announcements about progress on the matters under discussion, though that might come in the next few days.

Netanyahu was scheduled to speak later on Monday at the conservative American Enterprise Institute, where he was to receive an award. That will be balanced on Tuesday when he appears at the liberal Center for American Progress, which backed the Iran deal and advocates a two-state solution to the Israeli-Palestinian conflict.