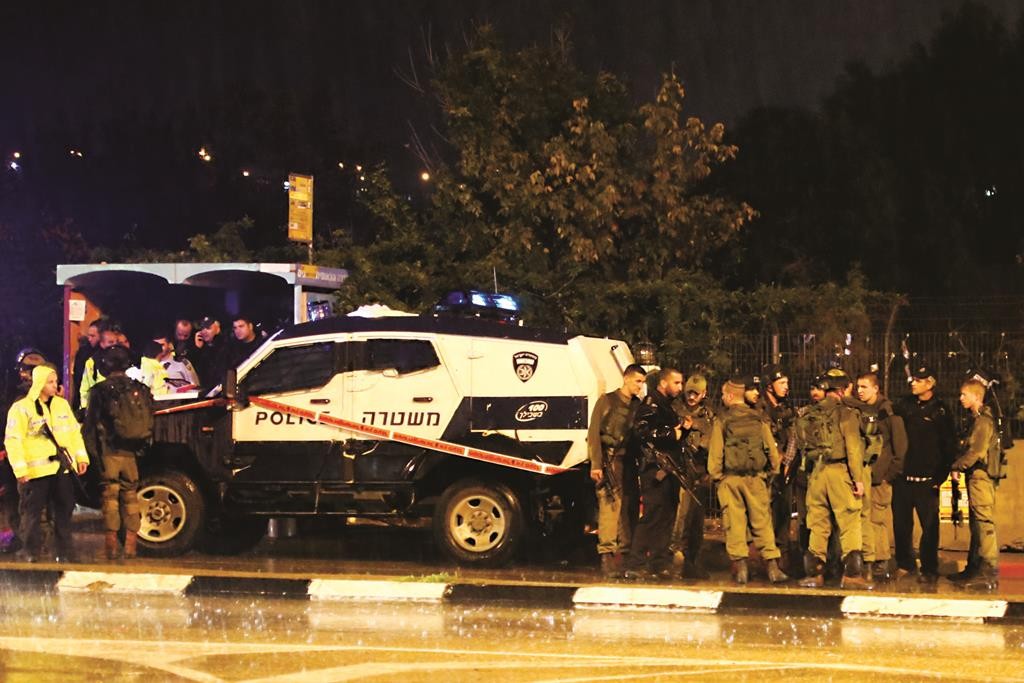 A Palestinian man who attempted to stab a soldier at the Gush Etzion junction in the Yehudah region was shot dead by an IDF soldier on Thursday. No soldiers were hurt in the incident, b’chasdei Hashem.

The soldier who thwarted the stabbing, identified only as 19-year-old Corporal T’, also stopped two terrorists during an attempted attack about a week ago. In all, he has shot three terrorists attempting to carry out deadly attack on Israelis within nine days, Ynet said.

The army has mounted a response to the string of knife attacks at the Gush Etzion junction area, last week doubling the number of units assigned to it.

Col. Roman Gofman, commander of the IDF’s Gush Etzion Brigade, ordered an increase in patrols around a gas station in the area, and at other spots that were considered vulnerable.

In addition, concrete blocks have been arrayed around bus stops and hitchhiking posts, and surveillance cameras dot the area.

Also on Thursday, a 40-year-old Israeli-Arab woman was charged with entering Israel from Gaza on a jihadi terrorist mission. She had been arrested in October at the Erez Border Crossing.

The woman, Nasrin Hassan Abdullah Hassan, is married to a Gazan resident, and had been living in the Strip in recent years, where she was recruited by thee Katim Al-Muhajadin organization, the Shin Bet said.

During two previous stays in Israel, in January and July 2014, she allegedly received instructions from the jihadist group to gather intelligence on Israeli government buildings and infrastructure sites in Haifa, including Haifa port, a train station in the northern city, an Interior Ministry branch, a court house, a beis knesses and security arrangements at these sites.

Meanwhile, Palestinians gave a hero’s welcome on Thursday to released prisoner Mohammed Allan, who had staged a 66-day hunger strike over the summer, to protest  his one-year detention by Israel for suspected terrorist activities without charge. He finished his jail term and was released on Wednesday.