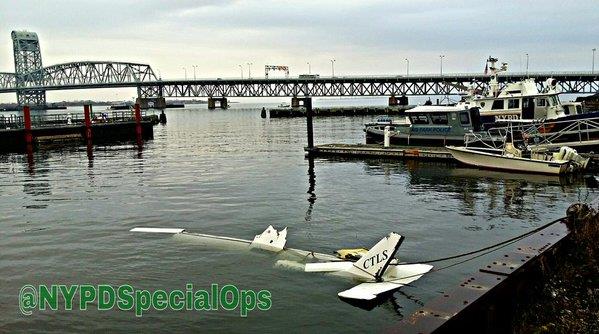 Police have recovered a male body in the wreckage of a small plane that went down in the Atlantic Ocean off Queens late Wednesday night.

Police say the body was found in the area where pieces of fiberglass, an aircraft wheel, fuselage and personal property were recovered about a mile and a half off Breezy Point. Authorities had gone there following 911 calls from witnesses reporting a plane down at about 7:30 p.m.

The plane had been en route to New Hampshire from Philadelphia.