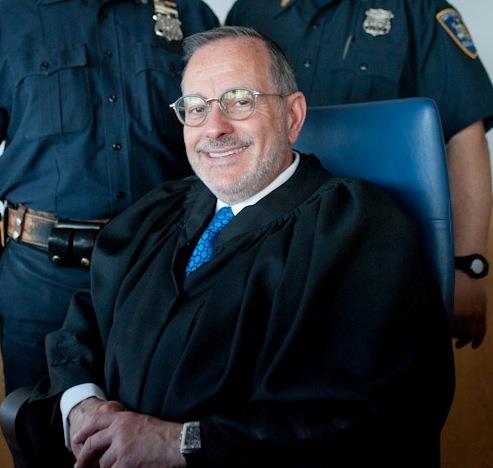 Dear, a civil court judge since 2008, won election on Tuesday for a 15-year term on the state’s highest trial court. He ran unopposed on the Democratic, Republican and Conservative party lines for the seat he’s served on in a provisional position for the past couple of years.

Dear has been involved in both the civil and criminal divisions of the court, but in recent years he has increasingly focused on consumer debt. Several months ago he developed at the instruction of the state’s retiring Chief Justice Jonathan Lippmann a manual for judges on credit card debt.

“He gave me a great opportunity,” Dear told Hamodia on Wednesday. “I took this whole concept of consumer debt and turned it into a national issue. We changed the way we do business.”

He says he is now in the process of producing a training video for judges to learn how to adjudicate consumer debt and another one for borrowers initiating them into the world of consumer debt court.

“This is a totally new thing,” Dear says. “I mean, this was an evolving process. I was given this specialized department a few years ago and over the years we improved on it. Now, as a result of that process, we have now a fairer process of how we approach consumer debt. Before that there was not an even playing field; now it’s an even playing field.”

Dear is the ranking judge in Brooklyn when it comes to consumer debt issues. It has turned him into a hero of poverty advocates but has also earned him enmity of credit card companies and derision by the city’s tabloid press.

That has not deterred the judge from continuing his push for what he calls a “fairer” justice system. He used the interview to issue an invitation to anyone interested to visit his courtroom, whether it is to learn about consumer debt or

“Justice is not blind — it’s open,” said Dear, offering a novel take on the ancient proverb.

Dear, a former nine-term city councilman who represented Midwood, was able to run on all three major party lines with the help of Frank Seddio, the chairman of the Brooklyn Democratic party. Seddio arranged for the Republicans and Conservatives to cross endorse all the candidates. On Tuesday, Dear received approximately 41,000 votes, he said.

He will now serve until the next election in 2030.

“This gives me an opportunity to expand what I’ve been doing, and to bring justice,” Dear said. “All I want to do is bring justice.”