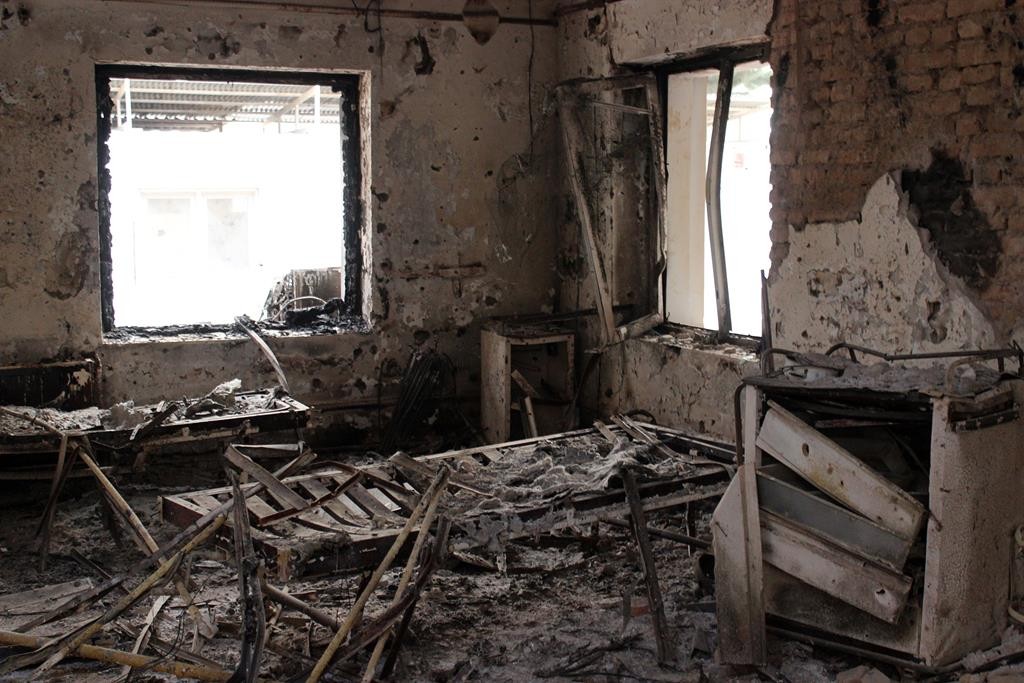 Inside the intensive care unit of the Doctors Without Borders hospital in Northern Afghanistan in the early hours of Oct. 3, the situation was as normal as it could be in the middle of an active war zone, the charity says.

Doctors were performing surgery. Nurses milled about attending to bed-bound patients, including two children. The surrounding compound was calm and quiet, according to witnesses.

Then an American AC-130 arrived and began firing its fearsome weapons. The Intensive Care Unit was hit first.

Several doctors and nurses were killed immediately, and patients who couldn’t move burned to death in the ensuing fire, according to a detailed new account of the attack by the international aid group based on interviews with 60 staff members. Doctors Without Borders says at least 30 people were killed.

During an aerial attack that lasted an hour, staff members made 18 attempts to call or text U.S. and Afghan authorities, the group says.

The AC130, a large propeller plane, fires three types of munitions, including an electric Gatling-style machine gun that can fire as many as 6,000 rounds per minute, and a 105mm cannon that can blow huge holes in buildings.

The charity acknowledged that as many as half of the patients in the days leading up to the attack were Taliban fighters wounded in battle as U.S.-backed Afghan forces sought to retake Kunduz, which had been seized by the Taliban. Two of the Taliban patients appeared to have been high-ranking, the report says.

But Doctors Without Borders staffers say no one was armed and no one was firing from the hospital, as an initial American account suggested. The group says it didn’t allow weapons in the hospital and didn’t have armed guards.

If that account is true, the hospital could not have been a valid target under U.S. rules of engagement or the international law of war.

The U.S. military has not offered its version of events as it awaits the result of U.S. and NATO investigations. But Rep. Duncan Hunter, a Republican Iraq war veteran who serves on the House Armed Services Committee, has heard from members of the special operations unit that was in Kunduz who insist they were fired upon, his spokesman said Thursday.