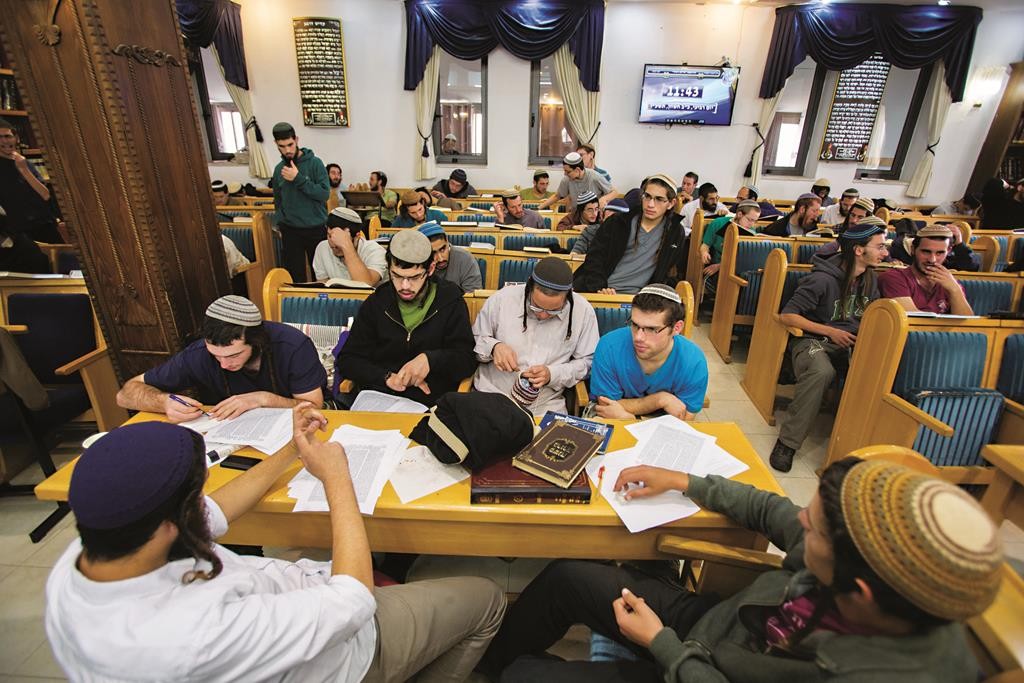 Hundreds of protesters won a postponement of the court-ordered demolition of a beis knesses in Givat Ze’ev on Wednesday, after they barricaded themselves in the building, prompting police to request more time to defuse the situation.

On Wednesday afternoon, the court granted an extension but said the building must be taken down no later than November 17.

Emotions were running high at the site, which has been described by some as a “showdown” with the High Court and the police.

UTJ MK Rabbi Meir Porush said earlier yesterday that “a shul you don’t destroy. It is a home to those who daven there, who pour out their hearts to Hakadosh Baruch Hu.”

Local resident Yaakov Teller insisted that the plot on which the shul was built was bought legitimately from an Arab owner. Nevertheless, he added, “the High Court has decided that they want to destroy this shul. … We want to say to everyone all over the world … We will stand here under any circumstances, and we will not let them destroy this shul,” he told Arutz Sheva.

“The entire war between the Jihad and the Jewish people rests on these kinds of decisions,” he continued. “The question is — will we give in to jihad or will we stand our ground and fight against terrorism in every place?

“When was the last time Israel destroyed a 15-year-old shul?” asked another protester. “This is a shul in a normal city where 200 people have davened on Shabbos for15 years.”

Banners were put up with slogans such as “Down with the Supreme Court’s racism” and “Why are you destroying synagogues and not the houses of terrorists.”

On Tuesday night, police discovered graffiti defacing a wall of the High Court complex in Yerushalayim, which read “Don’t demolish synagogues — we want a Jewish state,” in red paint.

Justice Minister Ayelet Shaked (Jewish Home) condemned it. “Crossing moral boundaries and vandalism are not acceptable, even when the essence [of the institution] is in dispute.”

From the opposition, Zionist Camp MK Tzipi Livni linked the graffiti to a recent statement by MK Moti Yogev (Jewish Home), who said it was time to take a D-9 bulldozer to the High Court.

The present confrontation is the culmination of a seven-year legal battle over ownership of the land, contested by Palestinians supported by the NGO Yesh Din.

Located just outside of the capital, Givat Ze’ev has a population of almost 15,000.