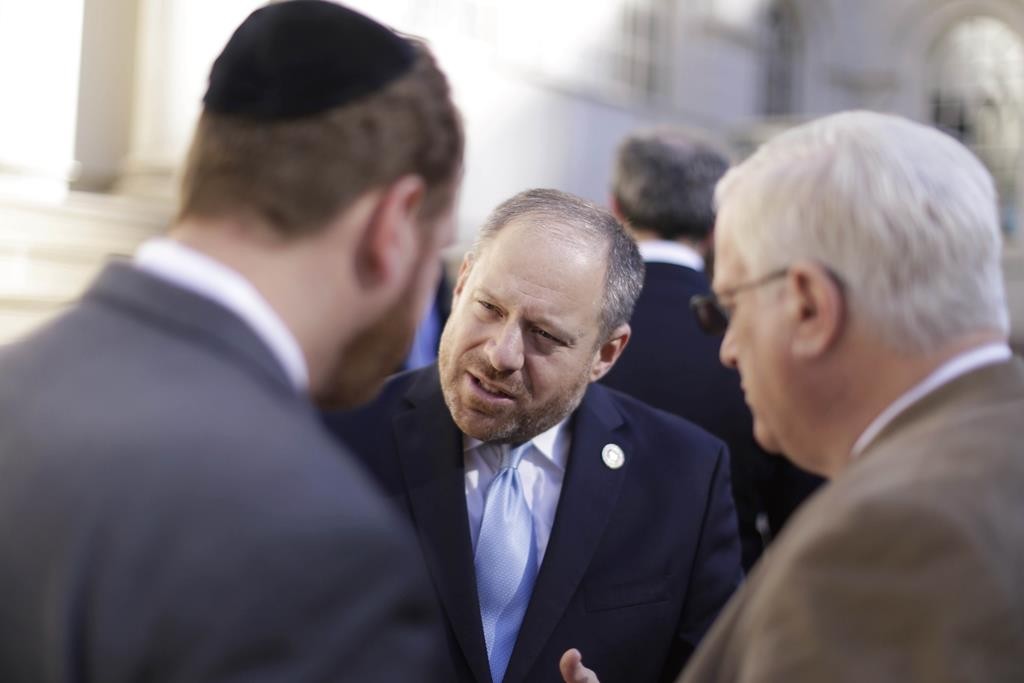 At a midday news conference on the steps of City Hall, Councilmen Rory Lancman, David Greenfield, Alan Maisel and Helen Rosenthal and others called on the Port Authority to deny the Gulf state’s banner airline access to John F. Kennedy International Airport since it violates federal anti-discrimination provisions.

“In a city and a country that welcomes diversity, no one should be denied an airplane ticket because of where they were born,” said Lancman, a Queens Democrat who organized the conference. “This blatant discrimination against Israeli passport holders is not only immoral, it’s illegal.”

Also in attendance were Malcolm Hoenlein, executive vice chairman of the Conference of Presidents of Major American Jewish Associations, and Brooke Goldstein, director of The Lawfare Project, which combats the Arab world’s boycott of Israel.

The ban on Israelis has existed since 1948, when the state of Israel was established. While it has waned in recent years as Arab countries have signed peace agreements with Israel, it is still enforced in some nations. But it has strengthened in recent years, as universities and student unions in the West embraced the Boycott, Divestment and Sanctions lobby group.

In 2013, Eldad Gatt, an Israeli national, was denied a ticket with Kuwait Airways because he holds an Israeli passport. Gatt filed a formal complaint with the U.S. Department of Transportation.

The federal agency ruled in September that Kuwait Airways had “unreasonably discriminated” against Gatt. That decision requires the government to revoke the airline’s permit to fly between New York and London if it continues to refuse to sell tickets to Israeli passport holders.