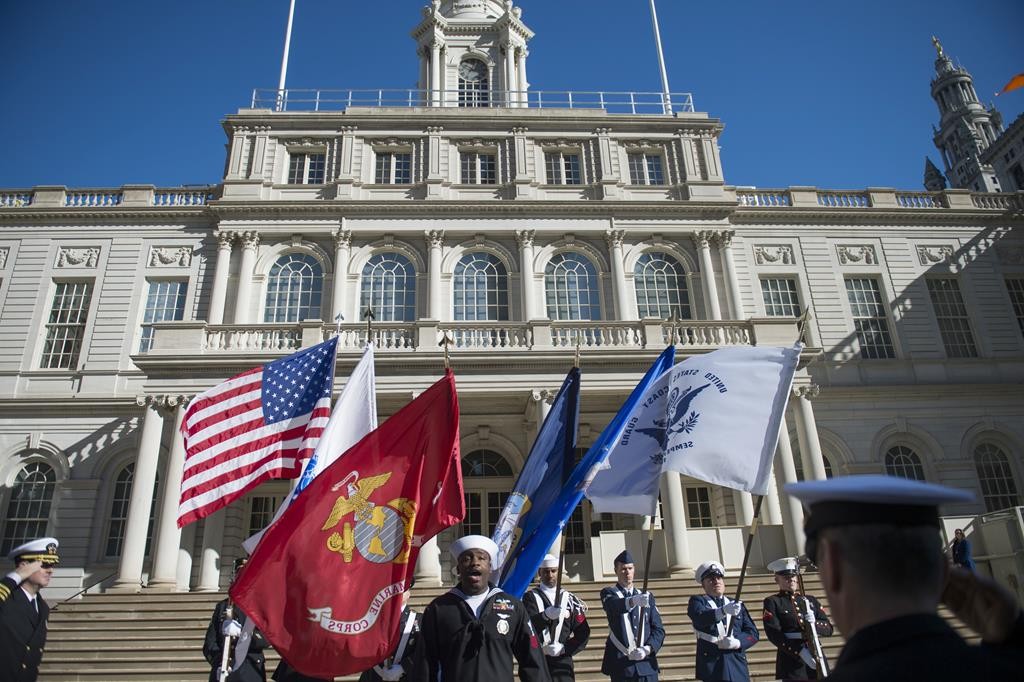 The mayor praised the service of those in all branches of the military and vowed that the nation’s largest city would continue to honor them. He also touted the city’s plan to end veterans’ homelessness by year’s end.

All of the armed forces’ flags will be flown at City Hall for the next two weeks. De Blasio will also march in next week’s Veterans Day parade.

The USS New York, which contains some steel from the World Trade Center, will travel to the city.