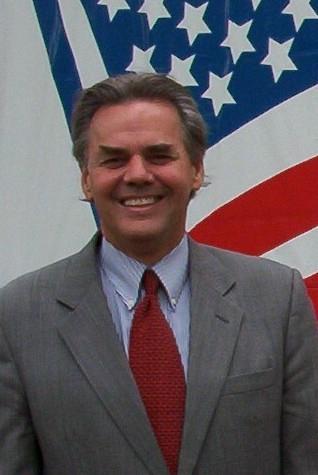 The supervisor, who has served seven two-year terms, was challenged by Republican Michael Parietti. Parietti was supported by the grassroots organization Preserve Ramapo, a group vehemently opposed to what it considers to be the overdevelopment of Ramapo, and which has consistently been at loggerheads with the frum community.

“I will do my best to serve all the people of Ramapo,” St. Lawrence told Hamodia. “We will start at tonight’s board meeting with setting up a traffic advisory board to help improve traffic flow and aim at keeping our streets and neighborhoods cleaner.”

The supervisor added that improving the sewer systems and obtaining additional funding for town projects were priorities, along with continued efforts to develop programs for youth and seniors and support for “Chaverim, Bikur Cholim, and other great community organizations.”

The supervisor’s race was the most hotly contested, but St. Lawrence won a clear victory, polling 14,521 votes over Parietti’s 11,516. This is Parietti’s second unsuccessful attempt to gain the office.

Newcomer Shmuel Baruch Tress and incumbent Brenda Logan-Charles, both backed by local askanim, won seats on the town board by large margins.

Incumbent sheriff Louis Falco defeated challenger Richard Vasquez with a tally of 35,588 to 25,590. Falco, police chief for the town of Woodbury, was criticized by the ADL for negative comments regarding Rockland’s Orthodox community. Falco has served as Rockland County’s sheriff for four years.

Aron Wieder, who represents much of the Spring Valley community in Rockland County’s legislature, won a landslide victory over Jacques Michel.

“It is very refreshing to have been reelected, not only with the support of the Orthodox community, but of the community at large, which validates my goal of serving every one of my constituents,” Wieder told Hamodia. Commenting on the conclusion of a race that was marked by what some saw as mudslinging against those supporting the town’s exponential growth, he added, “The candidates that won are those who ran on coexistence rather than on negativity.”

Results were based on the vast majority of votes, but as of Wednesday evening, the tally of absentee ballots had not yet been announced.