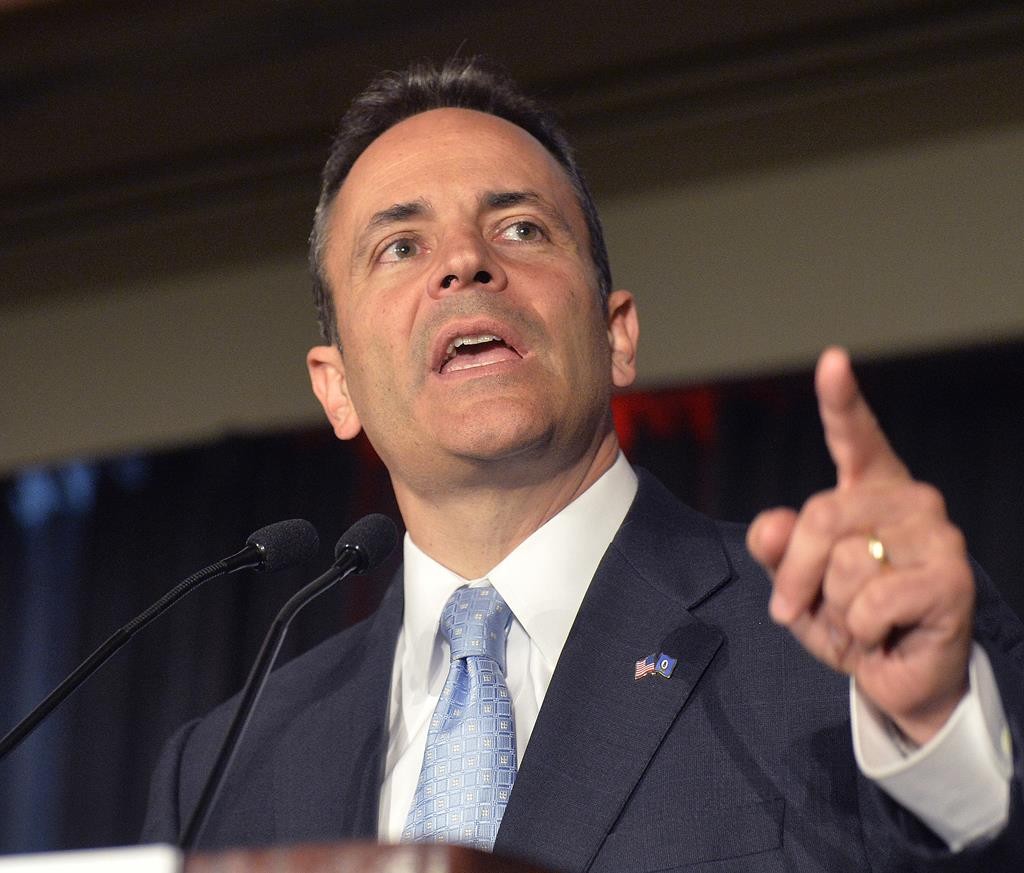 The result represented a big win for the GOP as it continues to consolidate political power across the South. Democrats also came up short in Virginia, where they made a costly push to win a majority in one chamber of the state Legislature.

The governor’s race in Kentucky was the highest-profile contest in Tuesday’s off-year elections. The only other gubernatorial campaign was in Mississippi, where Republican Gov. Phil Bryant easily won re-election.

In Kentucky, Republican businessman Matt Bevin had waged a campaign to scale back the state’s Medicaid expansion that was made possible under Obamacare. Some 400,000 lower-income people who gained health coverage under the expansion could be affected.

“The degree to which the national party is out of step with mainstream Kentuckians has created an environment where it’s extraordinarily difficult for a Democrat to win statewide,” said state Auditor Adam Edelen, who lost his re-election bid to a little-known Republican state representative.

Despite the relatively low number of races, the results could be an important bellwether of sentiment ahead of next year’s presidential elections.

In Virginia, a swing state, Democrats failed in an expensive bid to take control of the state Senate and empower Democratic Gov. Terry McAuliffe in negotiations with Republicans who control the state House. With the losses in Virginia and Kentucky, it was a rough Election Day for Democrats.

“I don’t think you can point to one singular issue as to why these defeats happened tonight, but it’s an opportunity for Democrats to recalibrate and continue to develop a plan and a strategy to win in 2016,” said Tharon Johnson, who led Obama’s 2012 re-election effort in the South and helps oversee finances for the Democratic National Committee.

The governor’s race in Mississippi was overshadowed by a fight over a constitutional amendment that would allow people to sue the state to increase funding for public schools. Voters defeated the proposed amendment.

Critics say it would have taken budget decisions away from Mississippi lawmakers and given the courts too much power.

In the race for Houston’s next mayor, veteran state Rep. Sylvester Turner and Bill King, a former mayor of a Houston suburb, will meet in a Dec. 12 runoff. It was one of more than 300 mayoral races happening across the country. In Philadelphia, former long-time Councilman Jim Kenney was elected mayor on a promise to fight poverty and push for universal pre-kindergarten education.

In Salt Lake City, former state lawmaker Jackie Biskupski had a narrow lead in her challenge to two-term incumbent Mayor Ralph Becker. But thousands of mail-in ballots that were dropped off at polling places Tuesday remain to be counted.

State judicial elections in recent years have become a focal point for political parties and interest groups seeking to influence the courts. Tuesday’s election to fill three open seats on the Pennsylvania Supreme Court was the latest judicial contest to attract heavy attention and spending.

Campaign contributors poured at least $11.5 million into the race, which saw Democrats win all the seats.

San Francisco voters rejected a citizen-backed initiative to restrict the operations of Airbnb, the room-rental site, but approved a $310 million bond package for affordable housing in the city.

In Washington state, voters overwhelmingly approved a measure to add state penalties for anyone who imports certain animal products for commercial purposes, such as elephant ivory or rhino horns.