World The Turkish Elections: Everyone Won, Yet Everyone Lost
World 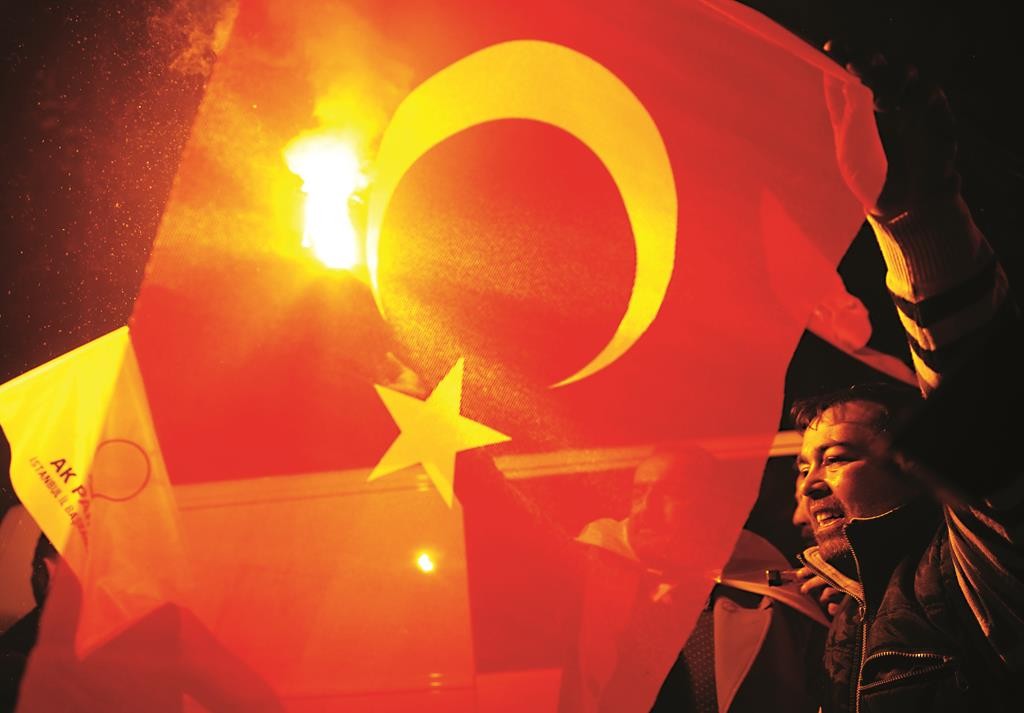 The results of the elections in Turkey indicate that President Recep Tayyip Erdogan has achieved much of what he wanted, but not all that he strived to achieve, and, just the same, so did the Kurdish opposition.

Turkey’s previous elections were held six months ago, and Erdogan’s prestige was severely diminished when he could not muster enough seats to enable him to establish a government based solely on his party, the AKP. On the other hand, in the last elections his arch-foes, the Kurds, managed to pass the 10 percent threshold — which he himself had actually set for them — and thus he was very disappointed. But his spirits remained high. He decided to do everything so that early elections would be held as quickly as possible.

He set goals for himself. One was to win two-thirds of the vote, thus avoiding the need to “beg” smaller parties to join his coalition. He hoped that he would receive at least 330 seats, which would give him the power to make far-reaching changes in the legal system. And he hoped that this time the Kurdish opposition would avoid crossing the 10 percent threshold.

For the most part, Erdogan’s gamble was successful. He got most of what he wanted — but not everything. Turkish voters returned en masse to vote for Erdogan’s party, but also tried not to give him full strength to become a dictator. This is a success as well as a failure.

The leftist, pro-Kurdish HDP party gained a small crumb of comfort from passing the 10% threshold it needed to secure seats as a party in the new parliament. But it garnered  less than the 13% it scored in June, yet still enough to deny the AKP a so-called supermajority, the 330 MPs a ruling party needs to be able to call referendums on changes to the country’s constitution.

The Kurdish achievement is, for Erdogan and his party, their failure. If there was something they tried to achieve in these elections it was to prevent the Kurds from having any power in the Turkish parliament. And they failed.

And the opposition also recorded a real achievement by keeping Erdogan from becoming the sole and exclusive ruler who could decide anything and everything in the country. To do this he needed at least 330 out of 550 seats in parliament, but he only managed to get 316. Yes, quite an achievement, but still not enough.

The opposition parties did pass the threshold. They would also have liked to be able to block Erdogan, as they did during the previous elections, but they are disappointed that about one-third of the voters who supported the party in the last election did not vote for them.

All in all, it is clear that the results are a significant win for Erdogan — actually surprising, considering all the surveys conducted pre-election that indicated he was not going to change the results of the last election. Contrary to all the speculation, he did indeed change the results in his favor. It was a surprise victory, and for good reason were the residents of Ankara and Istanbul, Erdogan’s loyalists, joyfully dancing in the streets.

How and why did this happen? Erdogan and his team focused their campaign on the “bad and evil” that has occurred in Turkey since the previous election, particularly the attacks that occurred in this period that led to the deaths of nearly 750 and injured thousands. These attacks undermined the personal security of citizens and damaged the country’s economy.

Indeed, the focus on security and calm, as well as Erdogan’s promise to take care of personal safety, restored to the AKP many of the votes lost six months ago, votes they were so sorely lacking. Not all the losses were regained, but most of them were.

The bottom line is that the Turkish people sent a message loud and clear: The people want peace. Stability. Security. And who do they believe can best achieve these goals? Erdogan’s party, the AKP. Therefore, many who had abandoned the AKP in the previous election voted for it this time.

How will the election results affect relations between Ankara and Yerushalayim?

But the results of the previous elections and the changes we have seen now may well bring Erdogan to the realization that strained relations with Israel were not advantageous to him. On the contrary. Therefore, in the longer term, say in a few months’ time, we may see an improvement in relations between the two countries, deriving from the fact that Turkey today understands that any improvements in their country will need to go through Washington, and the American leadership will not forget to mention to their friends in Ankara that if they wish to improve relations with the United States, it would be worth their while to help Israel.