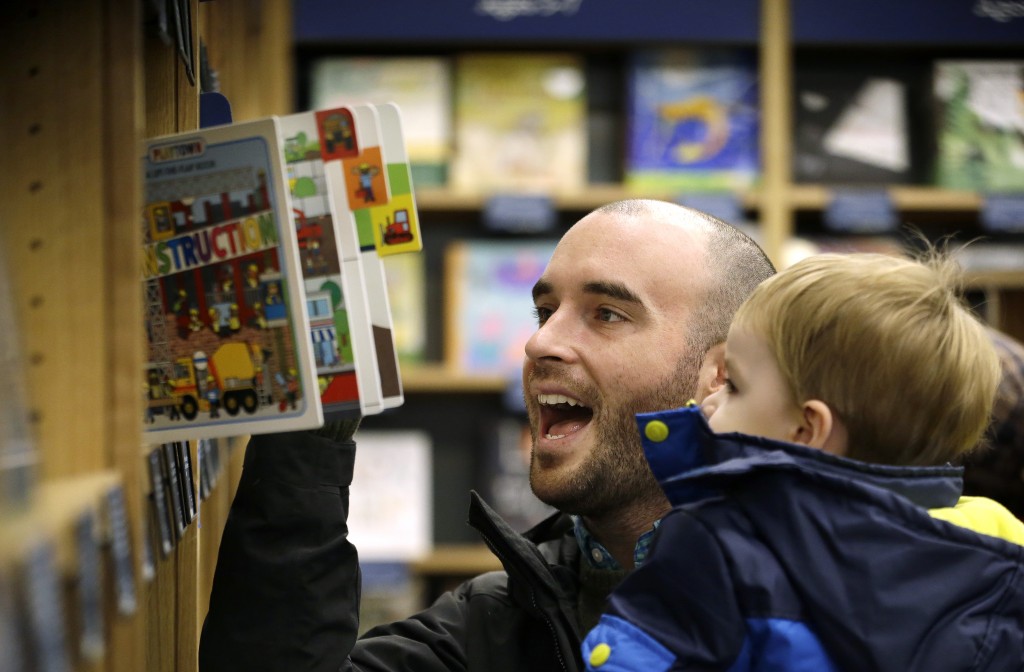 Online retail giant Amazon opened its first brick-and-mortar bookstore on Tuesday, two decades after it began selling books over the internet and helped drive a number of shops out of business.

The Seattle store, Amazon Books, will be a physical extension of the company website, combining the benefits of online pricing with traditional book shopping, the company said in a statement.

It will offer as many as 6,000 top-rated titles, culled from Amazon.com customer ratings, sales, pre-orders and other factors.

The Seattle-based company did not explain its strategy in opening the store or say whether it would open more retail locations.

Amazon Books Vice President Jennifer Cast told The Seattle Times, “We hope this is not our only one. But we’ll see.”

The first shoppers found displays of books with cards containing ratings and reviews. Amazon said it wanted shoppers to walk out with books or later purchase their picks online.

Kenneth Yoder, 58, a Seattle concierge, was among the first in line when the wood and glass doors opened at the upscale outdoor shopping center in north Seattle that’s also the site of Apple and Microsoft stores.

“I’m excited to physically look and see what the selection is like,” said Yoder, who buys books online and in stores.

Others scratched their heads over the irony of the physical location because Amazon is seen by some as one reason so many independent and other booksellers have gone out of business in recent years.

“They’re the dominant retailer in the country, and they kind of got there by playing real hard ball,” said John Mutter, editor-in-chief of the book trade newsletter Shelf Awareness.

Yet the store makes sense because it was a missing part of the company’s book business, Mutter said.

Sucharita Mulpuru, an analyst with Forrester Research, said the store appears to be an experiment to see what the company can learn.

“If they sell books, awesome. Even if they don’t sell books, there’s a lot to learn about how people discover products, how they shop for products,” Mulpuru said. “Does a physical store increase your likelihood to spend with Amazon in general? Does it make you more loyal to Amazon?”

Peter Aaron, owner of Seattle’s independent Elliott Bay Book Co., which offers about 160,000 books, said he wasn’t sure what to make of the move by the online retailer.

“I can’t imagine that there would be any profit, especially if their pricing is identical to the prices online, given rent and staffing,” he added.