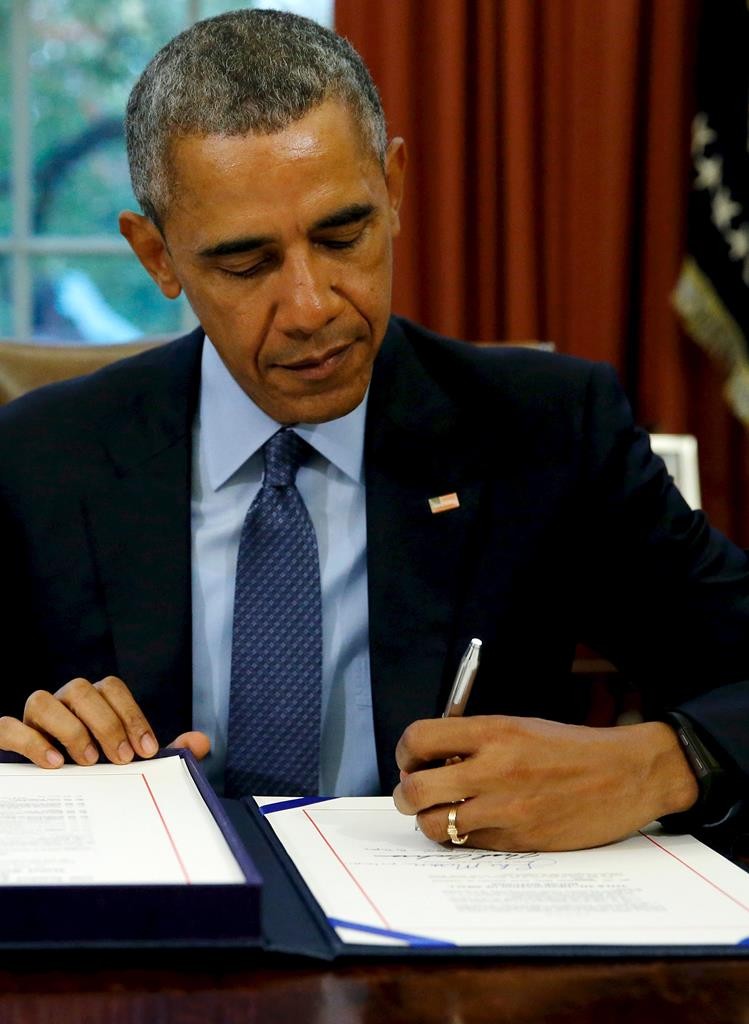 President Barack Obama on Monday signed into law a bipartisan budget bill that avoids a catastrophic default and puts off the next round of fighting over federal spending and debt until after next year’s presidential and congressional elections.

Obama praised the rare bipartisan cooperation behind the deal, saying that the two-year agreement that funds the government through fiscal 2017 puts the government on a responsible path.

“It should finally free us from the cycle of shutdown threats and last-minute fixes and allows us to, therefore, plan for the future,” Obama said in brief remarks as he signed the bill.

Tuesday was the deadline for averting a default on U.S. financial obligations by raising the debt limit.

The Senate gave final approval to the House-passed bill late last week and sent it to Obama. He signed it in the Oval Office, shortly before departing on a day trip to New Jersey and New York to focus on the criminal justice system, as well as raise money for his fellow Democrats.

The legislation raises the limit on the government’s debt through March 2017, pushing reconsideration of what in recent years has become a contentious issue until after the elections for the White House and Congress in November 2016.

The measure also sets federal spending through the 2016 and 2017 fiscal years, and eases strict caps on spending by providing an additional $80 billion, split evenly between military and domestic programs. Negotiations over the budget, which began weeks ago, wrapped up quickly last week as Republican Rep. Paul Ryan prepared to become the new House speaker.

Obama called the deal “a signal of how Washington should work” and urged lawmakers to keep up the collaboration. “My hope is now that they build on this agreement with spending bills that also invest in America’s priorities — without getting sidetracked by a whole bunch of ideological issues that have nothing to do with the budget,” he said.