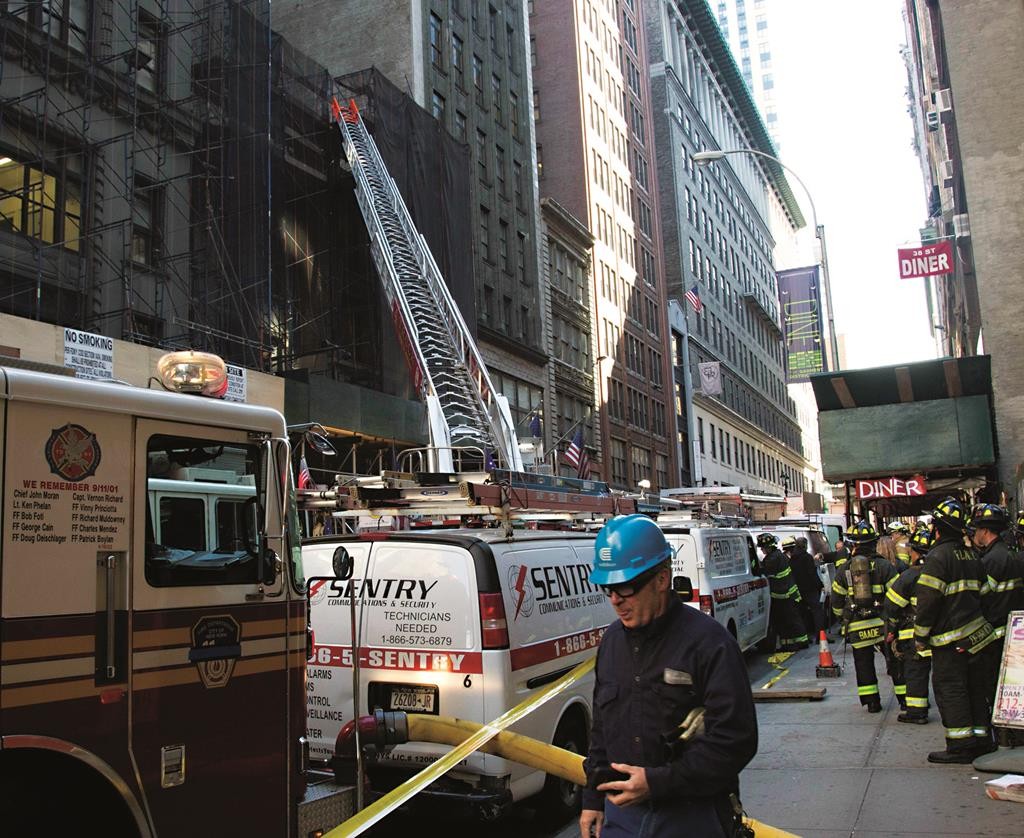 The worker killed when the interior of a midtown Manhattan building caved in during a demolition project was identified Saturday as authorities probed what caused the collapse.

Pedro Bacilio, 26, died after part of a five-story town house crumbled on Friday morning. Another worker was trapped in the rubble for three hours before emergency crews using special tools could dig him out.

Investigators continued working Saturday at the site, where workers had been taking two adjacent buildings down, floor-by-floor, for several months before Friday’s collapse. Owner Fortuna Realty Group has been planning a 170-room boutique hotel at the site.

Fortuna had the necessary permits for demolition, building officials said. Inspectors had issued a citation for excessive debris on Aug. 25 but nothing more serious, officials said.

“This is an unexplainable accident,” said Joseph DiBenedetto, Fortuna’s lawyer. “We are mourning the loss of a dedicated employee that we considered family. Our thoughts and prayers are with his family during this difficult time.”

City Buildings Commissioner Rick Chandler called the collapse a reminder of “the risks of construction work, particularly in the demolition of buildings.”