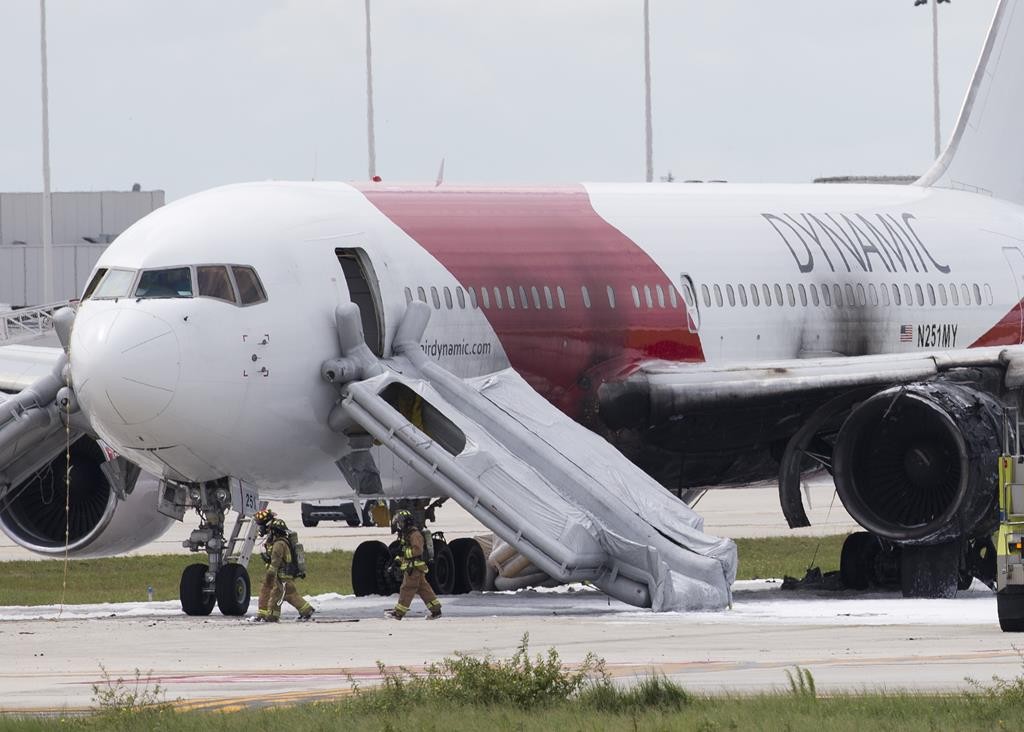 A jet plane’s engine caught fire Thursday as it prepared for takeoff, and passengers had to quickly evacuate using emergency slides, officials said.

One person was seriously injured by burns that were not life-threatening and about a dozen other people were taken to the hospital for minor injuries including bumps, sprains and stress, said Broward Sheriff Fire Rescue spokesman Mike Jachles said.

Dozens of passengers could be seen in video footage gliding down the slides of the Dynamic Airways flight and running away from the plane to the terminal as fire crews rushed to put the blaze out.

There were 110 passengers and crew onboard the flight departing Fort Lauderdale–Hollywood International Airport, Jachles said. The Boeing 767’s left engine caught fire as it taxied for takeoff to Caracas, Venezuela.

The airport closed briefly after the fire but had reopened Thursday afternoon.

Dynamic said on its website its Boeing 767s can accommodate up to 250 people. Dynamic is a five-year-old airline that connects Fort Lauderdale, New York, Venezuela and Guyana. It operates seven 767s.