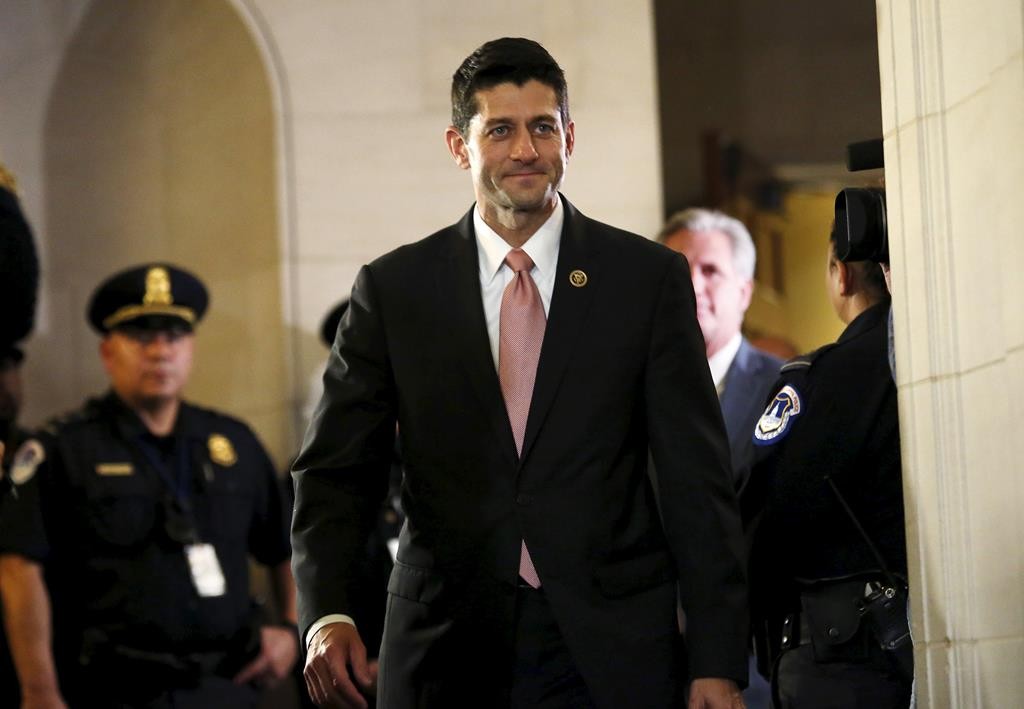 House Republicans embraced a new leader Wednesday and prepared to get behind a crisis-averting budget-and-debt deal in a day of dramatic fresh starts at the Capitol after years of division and disarray.

Wisconsin Rep. Paul Ryan, the 2012 GOP vice presidential candidate and a telegenic spokesman for conservative priorities, was nominated by his colleagues in a secret-ballot election to serve as speaker of the House, third in line to the presidency. The full House will confirm that choice on Thursday.

“This begins a new day in the House of Representatives,” Ryan, 45, said after the vote. “We are turning the page.”

Immediately after choosing Ryan to chart a new course for their fractured party, Republicans trooped onto the House floor to begin casting votes on a huge two-year budget deal struck in recent days between President Barack Obama and congressional leaders of both parties.

Outgoing Speaker John Boehner of Ohio announced his resignation last month after a quarter-century in Congress and nearly five years in the speaker’s chair, beset by the intractable divisions between the party’s pragmatists and purists that now will be Ryan’s to resolve.

“We are not going to have a House that looks like it looked the last two years,” he said after Wednesday’s vote. “We are going to move forward, we are going to unify. Our party has lost its vision, and we are going to replace it with a vision.”

Earlier, inside the ornate Ways and Means Committee room where the vote occurred, Ryan asked lawmakers to pray for him, and pray for each other.

He easily dispatched his sole opponent, Florida Rep. Daniel Webster, the choice of a group of hard-core conservatives, winning 200 votes to Webster’s 43. He still must prevail in a vote of the full House on Thursday, when Democrats will have a say, too, and will back the minority leader, Rep. Nancy Pelosi of California.

Still, the only real suspense surrounds Ryan’s margin of victory, as he is certain to draw the support of the vast majority of Republicans, including some who supported Webster but pledged to vote for their party’s nominee on the House floor.

Wednesday’s budget bill makes good on Boehner’s promise to “clean the barn” for Ryan on the way out, removing the most contentious issues that would have confronted him immediately upon becoming speaker. Conservatives loudly protested the price tag and a secretive, back-room process, and farm-state Republicans raised alarms about cuts to federal crop insurance programs.

The accord also became a punching bag for GOP presidential candidates, including Sens. Ted Cruz, Marco Rubio, and Rand Paul, all of whom denounced it ahead of a Wednesday night presidential debate.