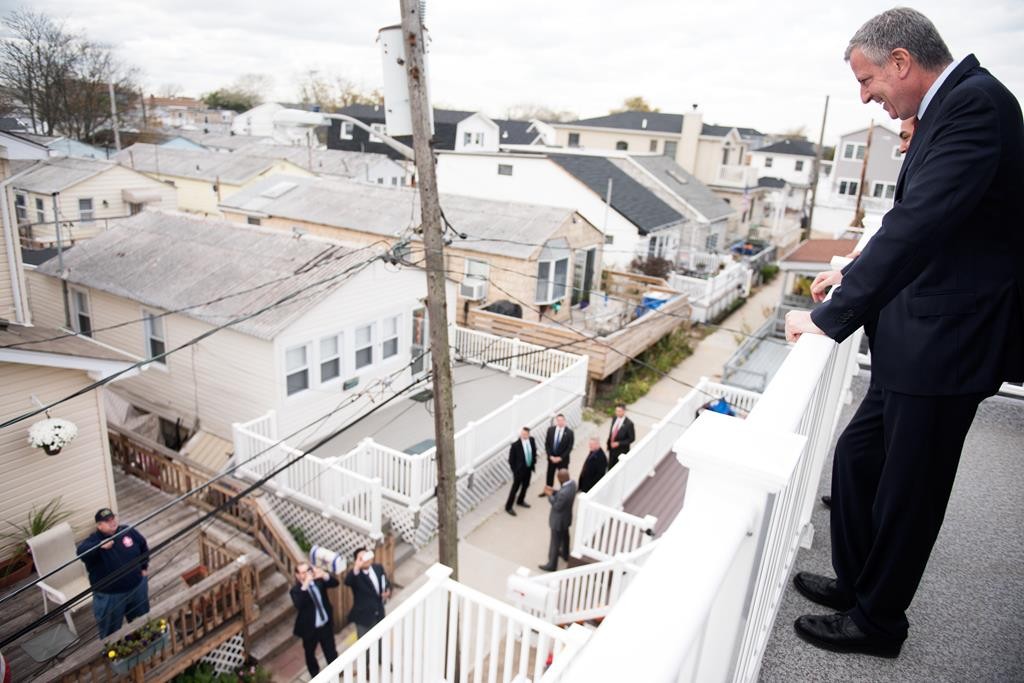 De Blasio and Housing and Urban Development Secretary Julian Castro appeared Tuesday in Breezy Point, a Queens neighborhood damaged by the storm. The mayor touted progress of the city’s Build it Back program, which is rebuilding storm-damaged homes.

De Blasio said that when he took office in 2014, the program had not started construction on any houses. He said there’s now been work done at 1,877 homes and approximately 5,300 people have received reimbursement checks.

The storm, which hit October 29, 2012, was the worst natural disaster in the city’s history.