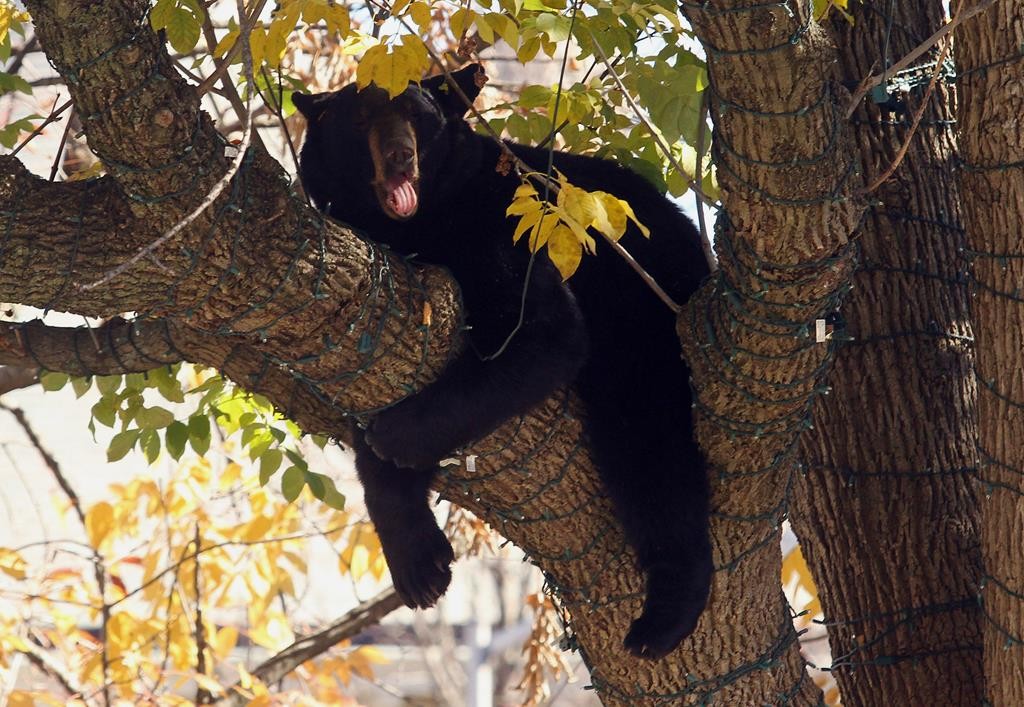 A black bear that wandered into a northern New Jersey public park Monday was tranquilized and removed from a tree.

The 230-pound male bear was spotted Monday morning on the Morristown Green in Morristown. Firefighters lifted a state fish and wildlife official up to shoot the bear with a tranquilizer gun while it hung out about 15 feet off the ground.

The bear climbed another 10 feet and then it was taken down in the fire truck’s bucket after it fell asleep.

The bear was tagged and loaded into a bear trap. It’s set to be released into the Black River Wildlife Management Area.