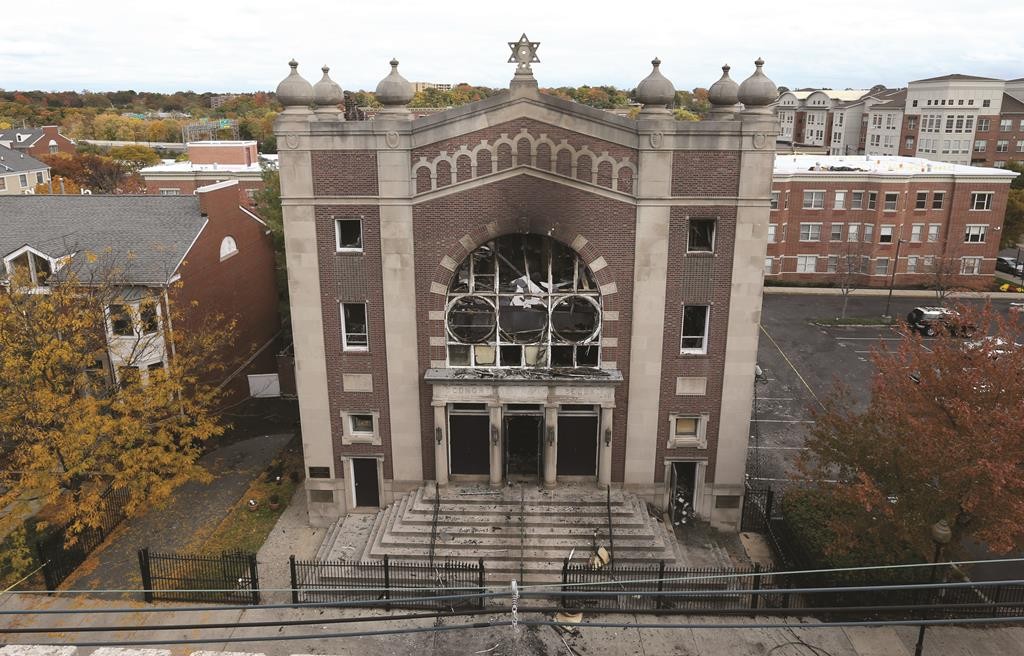 The historic kehillah of New Brunswick, NJ, is mourning its shul building and sifrei Torah after they were destroyed in a fire Friday afternoon. There were no injuries. Authorities believe that an electrical malfunction was responsible for the blaze.

“Baruch Hashem, nobody was hurt, and hopefully we will be able to rise again,” said Rabbi Avraham Mykoff, who has led the shul, called Poile Zedek, for over 20 years. “As it says, the [sneh] was burning, but it was not consumed.”

Although no solid plans have been made, Rabbi Mykoff said that the outside structure has been found to be sound and that the congregation intends to rebuild.

The fire was discovered by the shul’s caretaker at approximately 4 p.m. Friday afternoon. He immediately called the police and fire departments, but according to Robert Rawls, the New Brunswick fire director, the building was engulfed shortly after they arrived. Firefighters extinguished the blaze after several hours, but by that time the 92-year-old sanctuary had been largely destroyed.

One sefer Torah was rescued by Rabbi Mykoff and the caretaker who ran into the burning building, but then ran out as parts of the roof began to collapse. The shul’s nine other sifrei Torah were lost to the flames.

Orphaned of their shul, many of the approximately 100 members walked to batei medrash in nearby Highland Park to daven on Shabbos.

“It’s heartbreaking,” said Avraham Shusteris. “Seeing the shul burnt is the closest I can get to what it was to see the Beis Hamikdash in its churban. This place is a real mikdash me’at and it really meant a lot to the people who daven here.”

Shusteris began his affiliation with Poile Zedek while attending nearby Rutgers University. He said that he was attracted to the shul by its unique membership, the opportunity to play an instrumental role in maintaining the congregation, and most of all by Rabbi Mykoff, whom he described as someone whose “whole mission is helping people.”

“When I heard what happened, I was totally broken,” said Shusteris. “I came this morning and met Rabbi Mykoff at the police station to do whatever I could.”

Poile Zedek was first formed in 1901, largely by Russian immigrants. The present structure was erected in 1923. In recent decades the post-communism wave of immigrants from the FSU has contributed to a revitalization of the shul.

The building was placed on the National Register of Historic Places in 1995.

A version of this story appeared
in Monday’s daily edition.