National Carter: U.S. Is Retooling Fight Against IS
National 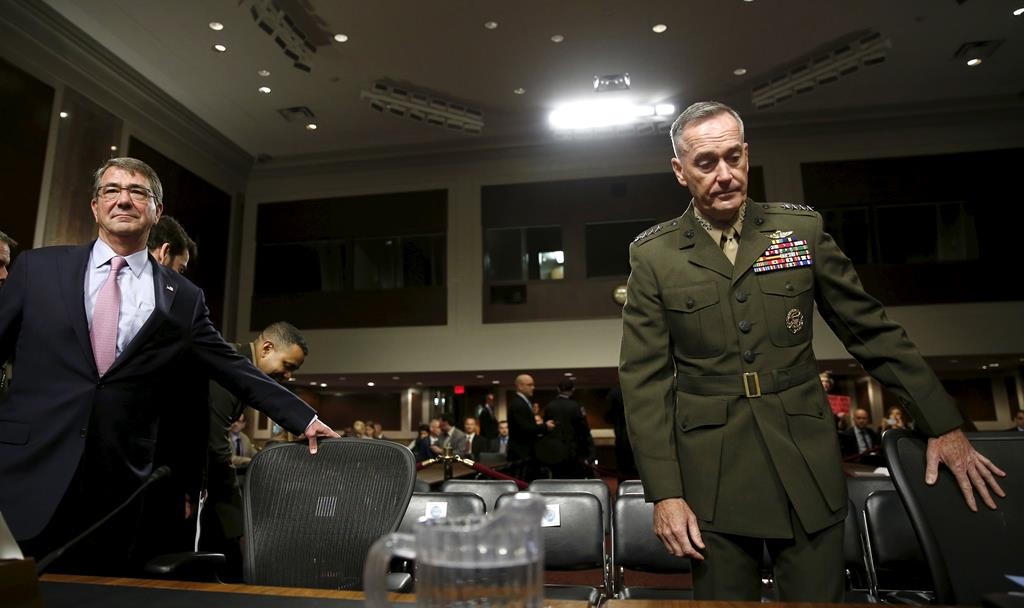 Signaling a possible escalation of U.S. military action in the Middle East, Defense Secretary Ash Carter said Tuesday that the United States is retooling its strategy in Iraq and Syria and would conduct unilateral ground raids if needed to target Islamic State terrorists.

The U.S. has done special operations raids in Syria and participated in a ground operation to rescue hostages last week in northern Iraq that resulted in the first U.S. combat death in Iraq since 2011. Carter did not say under what circumstances the U.S. might conduct more ground action, but said, “Once we locate them, no target is beyond our reach.”

“We won’t hold back from supporting capable partners in opportunistic attacks against ISIL, or conducting such missions directly, whether by strikes from the air or direct action on the ground,” Carter said, using an acronym for the terrorist group.

Carter and Marine Gen. Joseph Dunford, chairman of the Joint Chiefs of Staff, testified before the Senate Armed Services Committee. Republicans harshly criticized the Obama administration’s strategy in Syria and Iraq, where IS terrorists have captured large swaths of territory and have largely fought the U.S.-led coalition to a stalemate.

With little recent progress in defeating the group, the defense secretary’s testimony outlined a changing U.S. approach to the fight against IS. The changes point toward the prospect of deeper U.S. military involvement, although President Barack Obama has said he would not authorize a major commitment of ground combat forces.

Among other options being considered is providing close-air support for Iraqi ground forces with Apache helicopters or other aircraft, and embedding U.S. military advisers with smaller Iraqi units, thus placing the Americans closer to the front lines. That’s according to defense officials who spoke on condition of anonymity to discuss internal deliberations.

The U.S. now has about 3,300 troops in Iraq to train and advise Iraqi forces and to protect U.S. facilities. There are no U.S. troops in Syria.

The administration also is considering other moves that would place U.S. troops closer to the front lines.

A Defense Department program to train and equip moderate rebels to combat the Islamic State was a failure, and CIA-backed rebels fighting Assad are now under attack by Russian bombers.

In Iraq, Carter said the U.S. is willing to provide more firepower and other support if the Iraqi government can create a motivated Iraqi force that includes ethnic Sunnis.

Carter testified just weeks after Russia began conducting hundreds of airstrikes in Syria. Moscow says it is trying to help the Syrian government of President Bashar Assad defeat IS, but many of the Russia airstrikes have targeted Syrian rebels in areas where the terrorist group is not present.

Carter reiterated his complaint that the Russian approach is “wrong-headed” and suggested a “doubling down on their long-standing relationship with Assad.”

“It appears the vast majority of their (the Russians’) strikes, by some estimates as high as 85 percent to 90 percent, use dumb bombs, which obviously increases the possibility of civilian casualties,” he said.

Carter’s testimony drew criticism from Republicans on the committee, primarily because it does not involve the ouster of Assad.