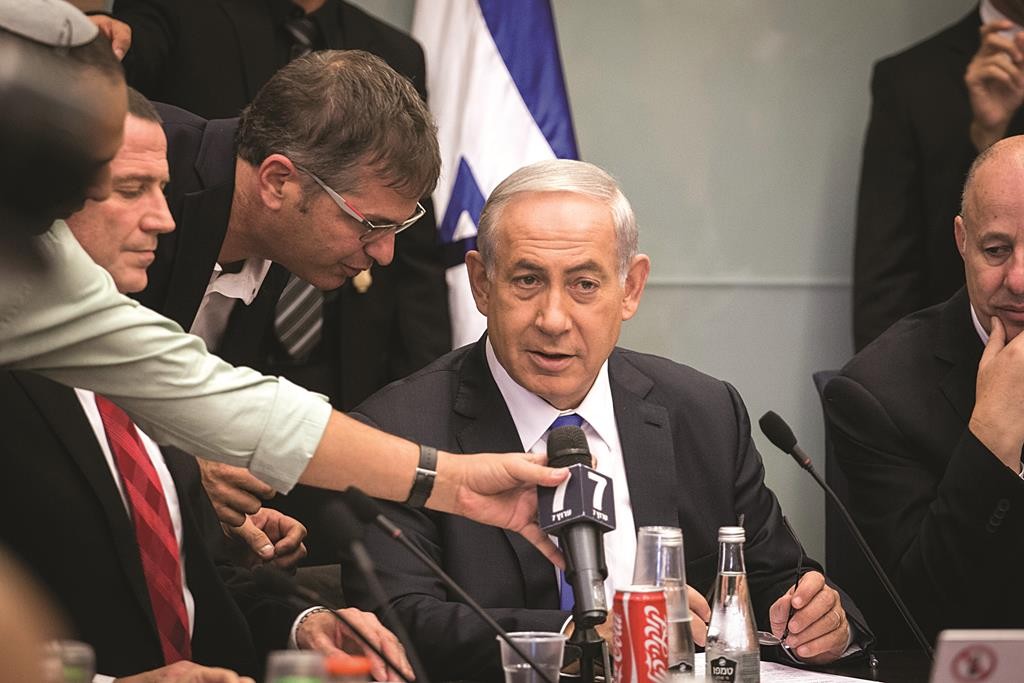 Prime Minister Binyamin Netanyahu has raised the possibility of revoking benefits and travel rights of some Palestinians living in eastern Yerushalayim, a government official said on Monday, as part of the government’s response to the wave of Palestinian violence.

“We have to think about what to do. There are all sorts of possibilities. But it is impossible to give them all of the rights without having them fulfill all of their responsibilities,” a local news report quoted Netanyahu as saying.

Many of the Arab assailants in the ongoing terror attacks have come from eastern Yerushalayim, hence the focus on that area.

Citing comments at a security cabinet meeting held two weeks ago, a government official said Netanyahu mentioned the possibility of revoking some rights for Palestinians who live within the capital’s municipal borders but outside the barrier Israel built during a Palestinian suicide bombing campaign a decade ago.

Rights groups estimate that around 100,000, or almost a third of the city’s Palestinians, live beyond the barrier.

The official, however, said there was no discussion of the matter at the forum and Netanyahu did not ask that it be included on the agenda of a future meeting.

Such a move did not appear to be imminent and its political feasibility was being questioned, given that it suggests dividing Yerushalayim, something Netanyahu and his Likud party are pledged not to do.

Lieberman said Netanyahu does not intend to, nor is it possible to, “revoke, across the board, residency from all residents of eastern Yerushalayim.”

“My wish is that we revoke citizenship from all those involved in terror. That is possible, and that is what must be done,” Lieberman said.