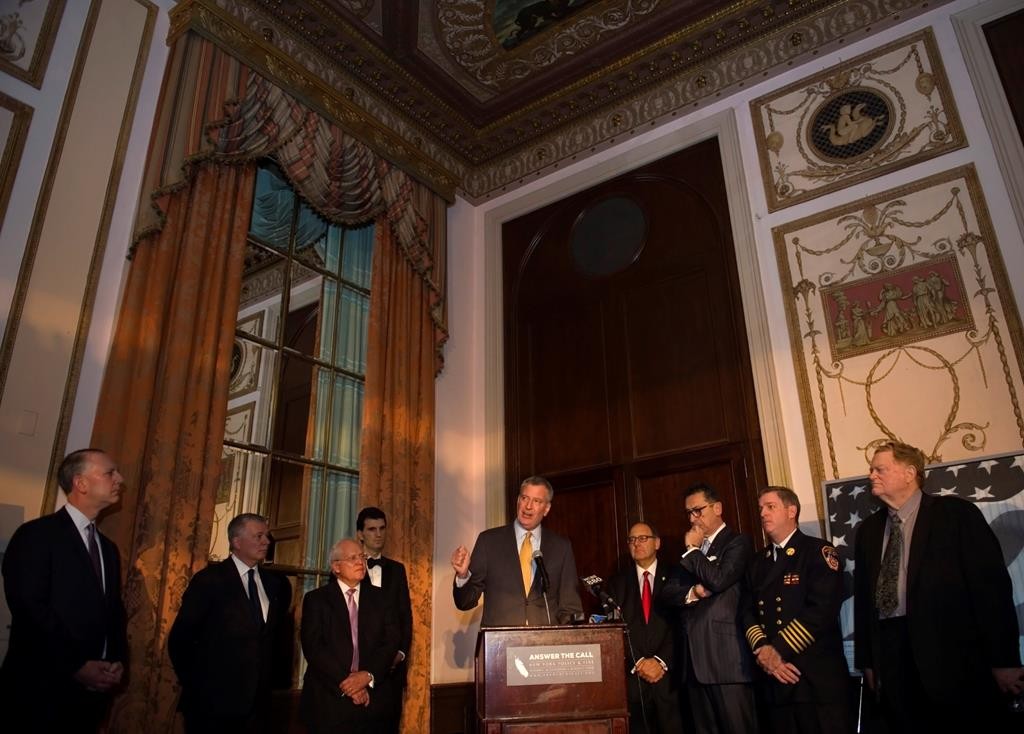 Ending months of delay that drew criticism from some fellow Democrats, Mayor Bill de Blasio is planning to endorse the presidential candidacy of Hillary Rodham Clinton, who has already received the backing of the state’s Democratic governor, U.S. senators and congressmen.

De Blasio is expected to make his endorsement official in the coming weeks, likely before a December presidential forum in early-voting Iowa put together by a group he founded.

De Blasio managed Clinton’s successful 2000 Senate campaign and has close ties to the ex-secretary of state and her husband, the former president, both of whom sat on stage for his mayoral inauguration. Despite that, he Blasio had hesitated to back Clinton, saying he wanted to first hear more from Clinton on income inequality.

That left some Democrats accusing him of putting his own goals of becoming a national liberal leader ahead of party unity or loyalty to the Clintons.

“It’s not clear to me that a town hall meeting in the cornfields of Iowa has anything to do with the quality of life of everyday New Yorkers,” Rep. Hakeem Jeffries (D-N.Y.) said earlier this fall, questioning the mayor as he offered his own endorsement of Clinton.

De Blasio has publicly been inching toward the endorsement in recent weeks. And a spokesman for Clinton confirmed that aides for the candidate and the mayor have held discussions.

Earlier Monday, Clinton’s camp announced the support of 100 leaders from New York. De Blasio’s name was not on the list, though most prominent New York politicians, including the mayor’s frequent rival Gov. Andrew Cuomo, were on the roll call.

De Blasio founded The Progressive Agenda Committee, to call attention to liberal issues. It is holding a forum for presidential candidates Dec. 6 at the University of Iowa.