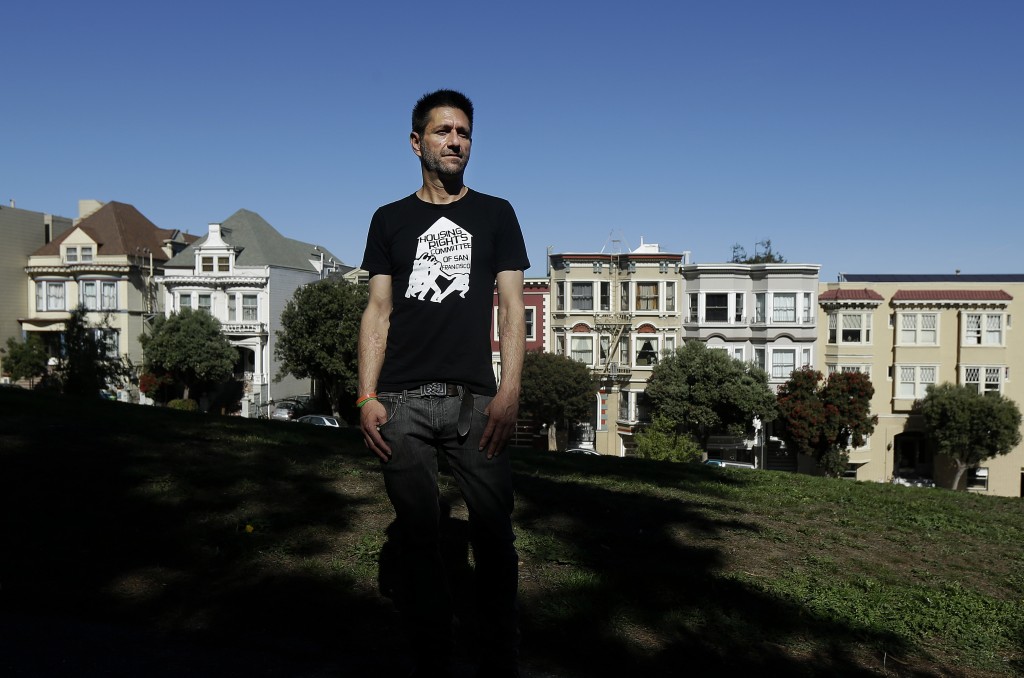 Travelers worldwide may love using Airbnb to book vacation stays, but the company that revolutionized home-sharing faces a hostile ballot measure in the city where it was founded.

Proposition F on the Nov. 3 San Francisco ballot would limit short-term rentals to 75 days a year and require hosting companies such as Airbnb to yank listings that violate the limit.

The city would be required to notify neighbors when a person registers to host. The measure would enable pricey lawsuit damages against violators, including the hosting platform. Current city law limits un-hosted rentals to 90 days. There are no limits on hosted rentals.

Airbnb, by far the largest home-sharing platform in the city and in the world, has donated $8 million and counting to defeat the proposed ordinance. It has saturated the airwaves with ads, even trying to sway voters recently with a botched billboard campaign reminding people of the hotel taxes its service collects.

Backers of the measure say the demand for vacation stays is sucking up scarce housing, adding to the city’s unaffordability and destroying what makes San Francisco neighborhoods unique.

Landlords, they say, have a financial incentive to rent short-term rather than take on long-term tenants, especially in popular neighborhoods such as the Mission District. Proponents have reported raising $350,000.

Airbnb and other opponents argue the measure will pit neighbor against neighbor and drive out residents who can stay in the city only by sharing their homes short-term. Ads feature warm shots of happy families – supposedly home-sharers – as well as cartoons of an elderly man snooping on his neighbors and calling a “snitch hotline.”

Both sides say they are fighting for the soul of San Francisco, a diverse place that is now a national symbol of income inequality amid sky-high housing costs – a one-bedroom without parking rents for over $3,000 a month ­- driven in part by a technology boom.

“This is definitely a fight that’s representative of the anxiety that exists here due to an economy that’s been so dynamic,” said Sam Lauter, a San Francisco lobbyist not affiliated with the measure.

Cities large and small around the world are trying to balance home-sharing’s popularity with livability for residents.

In New York City, it’s generally unlawful to rent an apartment for less than 30 days unless the apartment’s resident also stays there, but people do anyway. In May, the city council of Santa Monica, California, legalized home sharing – the rental of an extra room or couch – but banned un-hosted rentals for less than 30 days.

San Francisco had prohibited rentals of less than 30 days, but in February approved an ordinance to legalize and regulate the practice. Hosts must register with the city and report how many nights they rent their unit.

The coalition behind the measure, which includes landlord and tenant associations, says the current law is unenforceable. They point to skimpy registration numbers for hosts: About 700 of an estimated 5,500 listings on Airbnb alone.

The ballot measure would require platforms, along with hosts, to file quarterly reports on how many nights a unit is rented. Airbnb and other platforms can be fined up to $1,000 a day if they list illegal units.

Neighbors could sue hosts as well as hosting platforms, collecting up to $1,000 a day in special damages.

Airbnb says the measure would encourage frivolous lawsuits by neighbors motivated by money. Airbnb spokesman Christopher Nulty said the measure itself does nothing to address housing affordability.

On Wednesday, Airbnb rolled out billboard and bus stop ads around San Francisco suggesting ways the city could use the $12 million it has collected in hotel taxes: “Keep the library open later” and “build more bike lanes.” Annoyed tax-paying citizens took to social media. The backlash was so strong the company was forced to apologize for its “wrong tone.”

Michael Rouppet was evicted from his rent-controlled home in September 2012, after a new owner bought the 1909 building. He learned from former neighbors that his place had been turned into a short-term rental. In June, he sued the owner, alleging violations of rent laws.

“I would ask how many San Francisco residents have to be evicted to see the wisdom in regulating the industry,” he said. The landlord’s lawyer did not return phone calls and email requests for comment.

On the flip side is Bruce Bennett, who rents out a room in his 3-bedroom unit.

“I, as a homeowner, should absolutely have that right to do with my property as I see fit,” Bennett said.