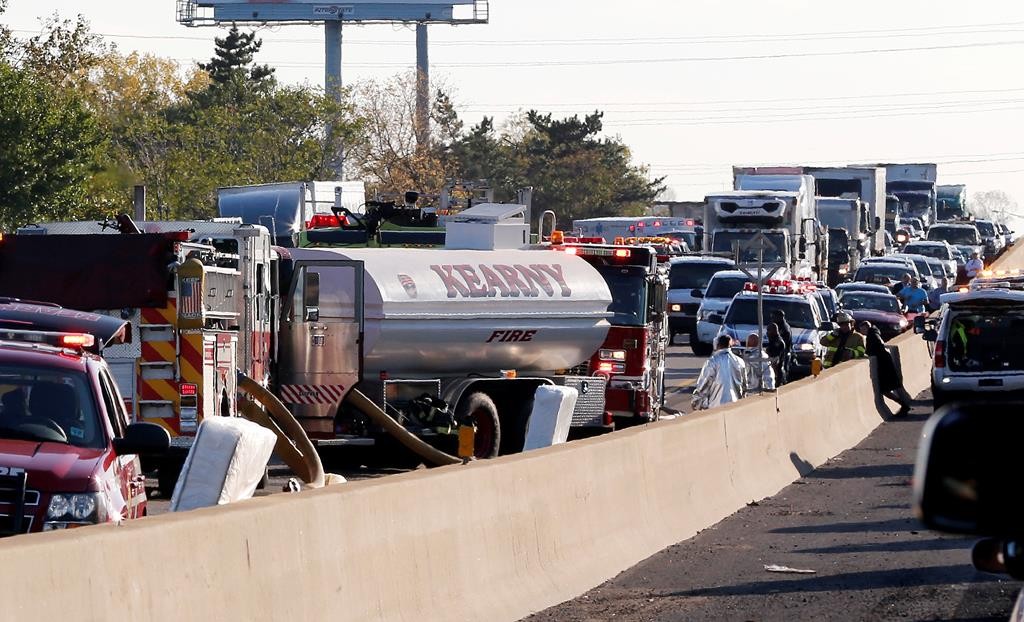 The driver of a van carrying mattresses and box springs that fell on the New Jersey Turnpike and contributed to a deadly truck fire has been issued a summons.

Adam Abuhamoud, 26, was cited for not having the mattresses properly secured to his vehicle. He is scheduled to appear in court Nov. 19 regarding the death of Kumar Dalip, of North Hollywood, Calif., who was pronounced dead at the scene of the crash Oct. 7. His tanker was carrying 8,500 gallons of gasoline from a Linden refinery.

The 40-year-old man lost control of the tanker when he tried to avoid the bedding that had fallen off Abuhamoud’s van and onto the road.