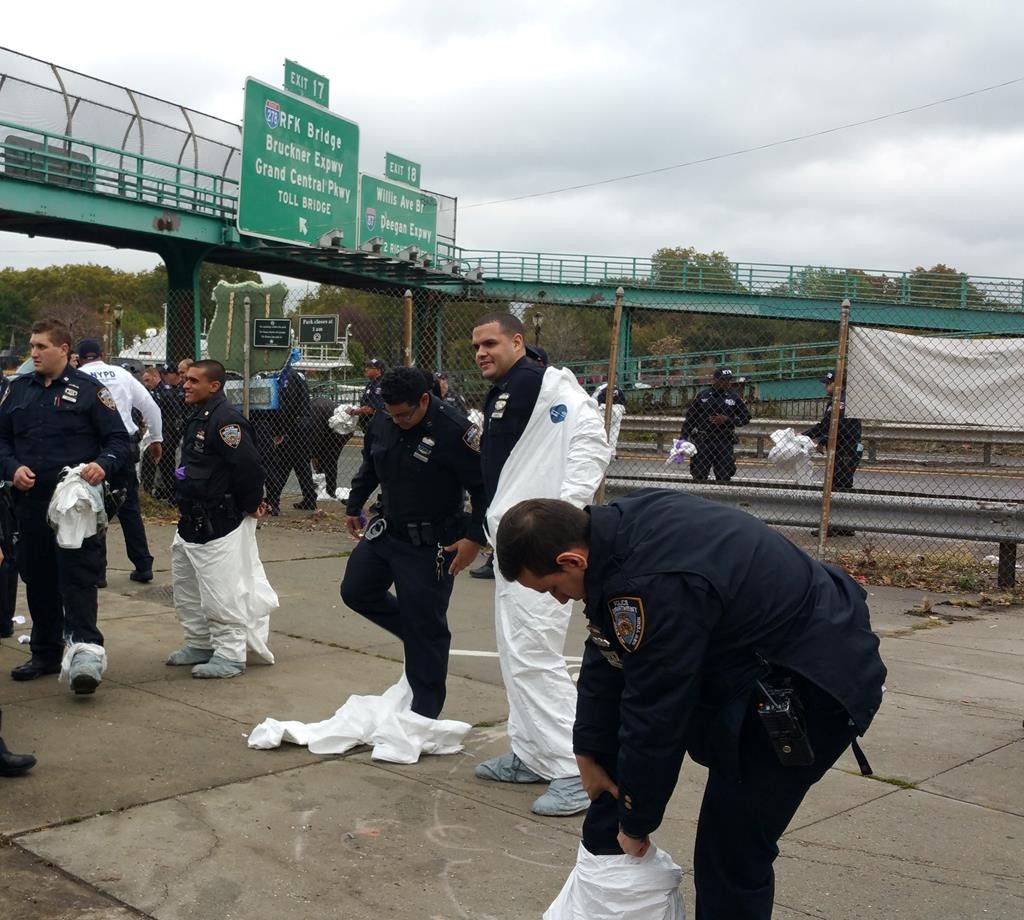 Chief of Manhattan detectives William Aubry said the weapon was found around 3 a.m. It will be tested for fingerprints and DNA, as well as test fired, to determine whether it is the same gun that was used Tuesday night to shoot Officer Randolph Holder in the head.

“That firearm is consistent with the firearm that we were looking for,” Aubry said.

The police also shut down part of a major roadway in the area of the shooting for a few hours Sunday morning as they conducted a ground search.

Holder and his partner had responded to a report of shots fired near a public housing development in East Harlem on Tuesday night. When they arrived, a man said his bike had been stolen at gunpoint and the thief fled. The officers caught up to a man with a bike on a pedestrian overpass that spans a highway and traded gunfire, police said. After Holder was shot, the gunman, Tyrone Howard, ditched the bike and took off, police said. He was caught several blocks away.

The chief of detectives said the searches were a “24/7 operation” since the night of the shooting. He said the scuba team’s work was “very difficult.” The gun was under 20 feet of water and “they’re on their belly and they’re searching for it by hand.”

Holder’s funeral is scheduled for Wednesday.