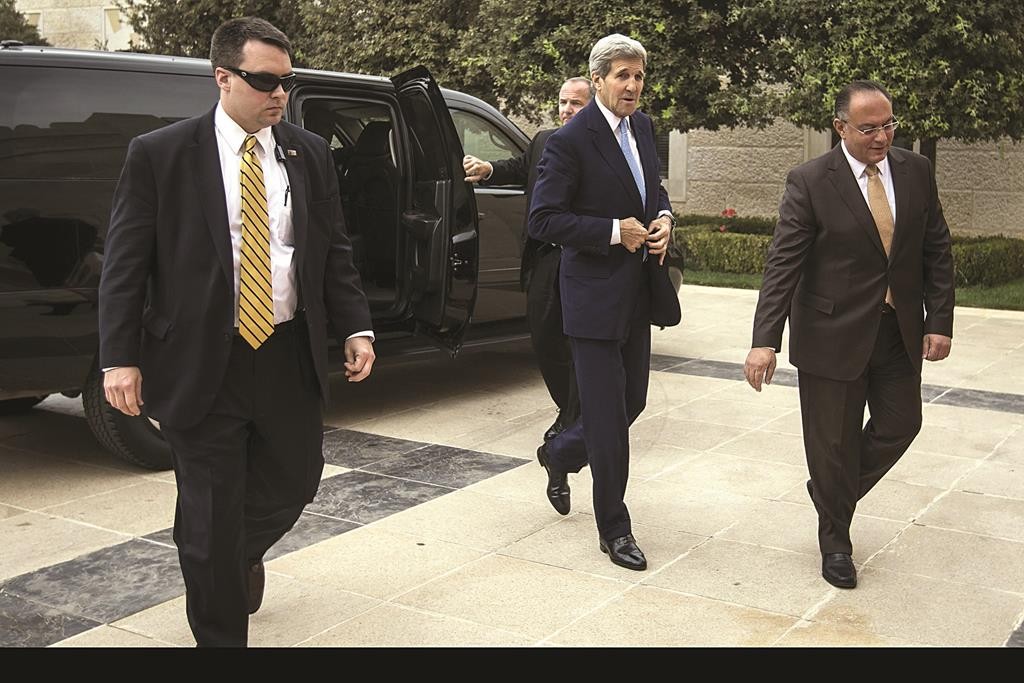 Israel was receptive and the Palestinians reacted warily on Sunday to what Secretary of State John Kerry hailed as Jordan’s “excellent suggestion” to calm Israeli-Palestinian violence by putting the al-Aqsa mosque compound under constant video monitoring.

Speaking to his cabinet on Sunday, Netanyahu said Israel “has an interest in cameras being deployed everywhere on Har Habayis” to refute claims that it is changing the status quo.

Netanyahu said such surveillance on the plaza — where stone-throwing by Palestinians against Jewish visitors and police often break out — would also “show where the provocations are really coming from” — the Palestinians, not Israel — and to thwart them at the outset.

The Palestinians, on the other hand, were suspicious.

“This is a new trap,” Foreign Minister Riyad al-Maliki said on Voice of Palestine radio, accusing Israel of planning to use such footage to arrest Muslim worshippers it believes are “inciting” against it.

Kerry, who met Jordan’s King Abdullah and Palestinian Authority President Mahmoud Abbas in Amman on Shabbos, said Israel gave further assurances it has no intention of changing the status quo.

Such surveillance, Kerry said, “could really be a game-changer in discouraging anybody from disturbing the sanctity” of the place.

There was no immediate comment from PA President Mahmoud Abbas. Saeb Erekat, secretary-general of the Palestine Liberation Organization, said Abbas had told Kerry “he should look into the roots of the problem — and that is the continued occupation.”

A U.S. official said Israeli and Jordanian technical officials would discuss who would conduct the video monitoring.

Meanwhile, Israel lifted age restrictions barring young men from joining prayers at the mosque, a key source of tension, and prayers passed without incident on Friday. However,  checkpoints and roadblocks placed in Arab neighborhoods in Yerushalayim remain there, as Israeli authorities wait for the situation to stabilize.