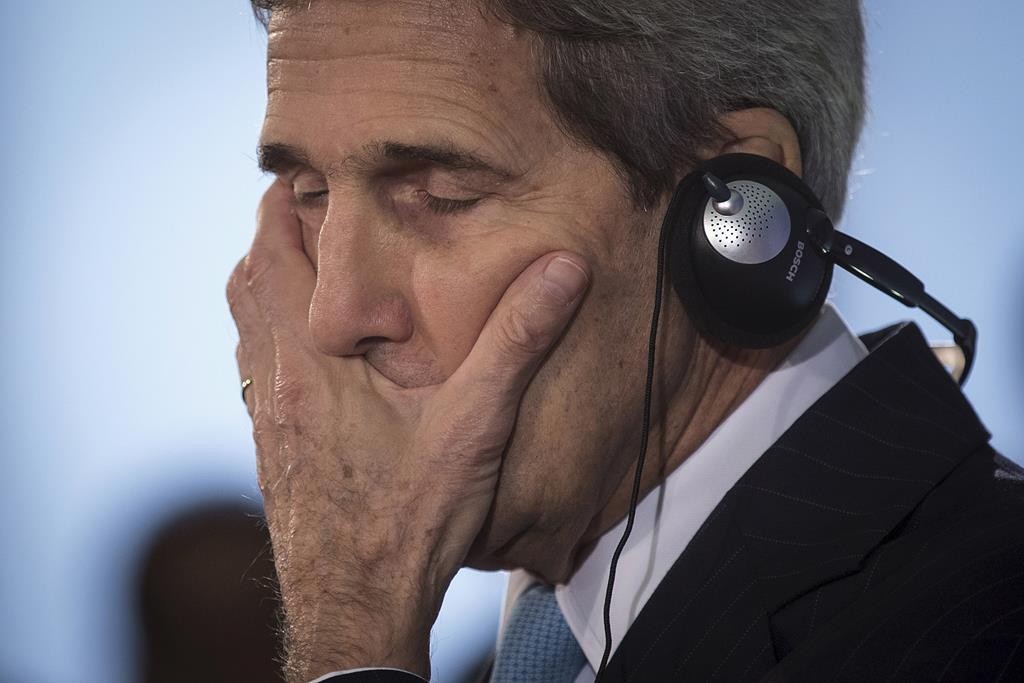 Secretary of State John Kerry said talks with Israeli Prime Minister Binyamin Netanyahu in Berlin on Thursday gave him a “cautious measure of optimism” that tensions between Israelis and Palestinians could be defused.

“If parties want to try, and I believe they do, want to move to a de-escalation, there are a set of choices that are available,” he added at a joint news conference with German Foreign Minister Frank-Walter Steinmeier.

In Berlin, Netanyahu again rejected the Palestinians’ claim that Israeli attempts to alter the status quo at Har HaBayis have provoked the violence.

On that issue, Netanyahu was sideswiped from the White House, as press secretary Josh Earnest chided him for a remark he made on Wednesday blaming then-Mufti of Yerushalayim Haj Amin al-Husseini for persuading Hitler to annihilate the Jews.

Also on Thursday, the “Quartet” of Middle East peace mediators said they will meet in Vienna on Friday to urge Israeli and Palestinian leaders to tone down their rhetoric.

“I can announce here that tomorrow in Vienna we will have a Quartet principals meeting,” EU foreign policy chief Federica Mogherini told a joint news conference with German Foreign Minister Frank-Walter Steinmeier in Berlin.

She said she would meet Secretary of State John Kerry, Russian Foreign Minister Sergei Lavrov and the special envoy of the U.N. secretary general, “to coordinate messages, to pass a strong message to the parties to calm down the situation on the ground.”

Meanwhile, at the U.N. on Thursday, Israeli and Palestinian representatives engaged in a heated exchange.

Israeli Ambassador Danny Danon, rejected the concept of a “cycle of violence,” which implies that somehow both sides were equally caught up in it and equally to blame.

“Let me make one thing clear,” said Danon. “This is not a ‘cycle of violence’. These are simply unprovoked attacks against Israelis for no reason other than the fact that they are Jews living in their historic homeland. “

He said citizens throughout Israel have to look over their shoulders in their own neighborhoods. “Mothers and fathers worry that their children will be knifed to death when they leave the house and children are worried their parents won’t make it home. This is the true meaning of terror. When you ignore this deliberate corruption of the minds of children, you are not part of the solution – you are a part of the problem.