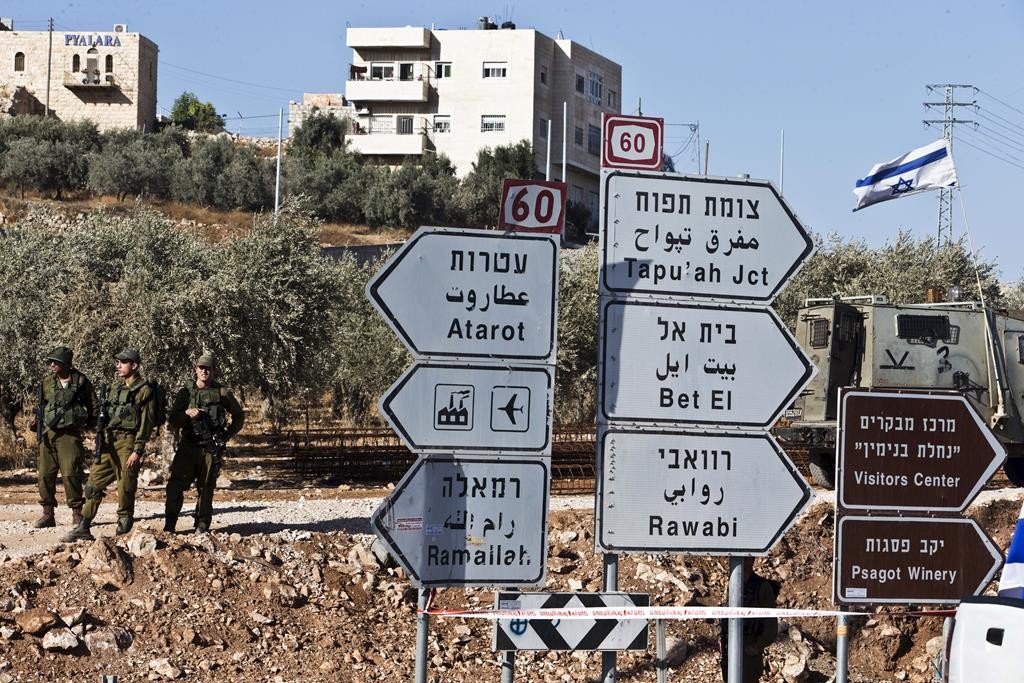 While a heavy police-army presence in Yerushalayim was keeping things quiet there, terrorist attacks have shifted to other parts of the country.

On Wednesday a terrorist stabbed and seriously wounded an Israeli woman on in Kikar Adam, north of Yerushalayim in the Binyamin region.

IDF forces shot and killed one attacker and another suspect was apprehended.

MDA Paramedic Assaf Ben Artzi, who was first paramedic on the scene, described finding the woman lying on a dirt path near a road with a serious stab wound, and bypassers attempting to help her.

He began giving her life-saving initial treatment, before she was evacuated in an intensive care ambulance to Hadassah University Medical Center on Mount Scopus.

The attack came after the IDF carried out a sweep of security suspects overnight between Tuesday and Wednesday in Yehudah and Shomron, arresting 47 Palestinians, including 16 Hamas members.

Almost half of the suspects taken into custody allegedly took part in terror attacks and rioting.

Another vehicular attack occurred on Wednesday evening on road number 60. An army vehicle came under attack by rock throwers. When the six soldiers inside exited their vehicle, they were then hit by a passing vehicle. It was a scenario which had played out in another incident earlier in the week, which resulted in the death of an Israeli.

Six soldiers were injured, one of them seriously with a head wound.

IDF forces in the area caught up with and shot the suspected terrorist. He was reported in serious condition.

A police officer was lightly injured in a suspected car ramming attempt near Ofra between Yerushalayim and Shechem.

The motorist suspected in the incident fled from the scene after his vehicle, with an Israeli license plate, rammed into a security checkpoint on Highway 60.

During the incident, an officer shot at the fleeing car, but failed to stop it initially. However, according to police, the vehicle came to a stop after a few hundred yards, and the driver fled by foot in the direction of the nearby Palestinian village of Silwad. The IDF was searching the area.

A rocket fired from the Gaza Strip exploded in open territory in the Sha’ar Hanegev Regional Council near the border fence on Wednesday. There were no immediate reports of injuries or damage in the attack. A red alert siren sounded in the area prior to the falling of the rocket. The rocket came a day after the IDF opened fire on a terrorist cell in Gaza which it said has been behind a series of sniping attacks on security forces recently.

Meanwhile, Negev police arrested four suspects allegedly involved in the brutal mob attack on an Eritrean migrant who was mistaken for a terrorist during the attack Sunday night in Beersheva.

Police said that the suspects will appear in court and then be placed on conditional release. More arrests are expected in the case.