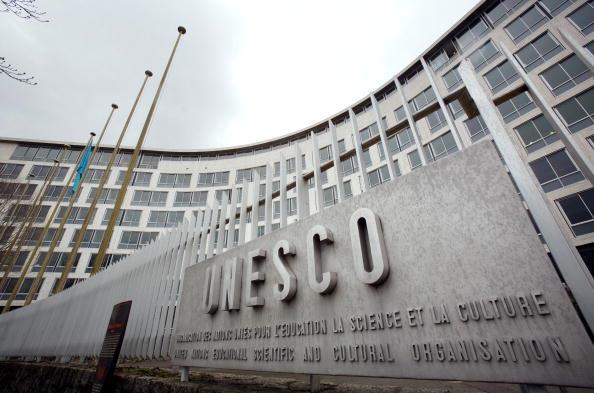 After last-minute changes, a resolution approved by UNESCO’s executive board dropped a controversial clause laying claim to the Kosel as a holy site for Muslims only, Israeli diplomats said.

However, the resolution, which was not immediately released, reportedly did contain clauses recognizing Kever Rochel and Me’aras Hamachpelah as “an integral part of Palestine,” and elicited sharp condemnations from Jewish groups.

That clause, which was proposed by several Muslim countries and would have for the first time classified the Kosel as an integral part of the al-Aqsa mosque compound, was deleted after it was condemned by the Israeli government and Jews worldwide, and disowned as dangerous by UNESCO’s own director general, Irina Bokova.

In addition, to facilitate passage, other provocative language was withdrawn, such as  references to Yerushalayim as “the occupied capital of Palestine,” as was a condemnation of Israeli officials’ for urging “civilians to carry weapons whenever they leave their homes,” albeit in self-defense during a wave of terror.

The final text was still laced with anti-Israel rhetoric, though, including the references to Kever Rochel and Me’aras Hamachpelah and a condemnation of Israeli handling of the al-Aqsa mosque with allegations that Israel has prevented Moslem access and freedom of religion.

The resolution was adopted with 26 votes in favor and six against, including the United States, Britain and Germany. There were 25 abstentions, including, France, diplomats said.

Yerushalayim’s Old City and walls are on a list of world heritage sites whose protection is one of the jobs entrusted to UNESCO.

UNESCO did not immediately provide a copy of the resolution adopted following protracted negotiations but Palestinian and Israeli diplomats provided matching accounts to reporters.

“This resolution is a scurrilous, cynical calumny, aimed at achieving nefarious ends.” Agudath Israel of America said in a sharply worded statement.

“The resolution seeks only to empower Palestinian leaders’ attempt to ‘de-Judaize’ Judaism’s holiest places. Indeed, the proposal itself makes no mention of any Jewish connection to Jerusalem, the Temple Mount or the Western Wall. And its new “tempered” language continues firmly down that path by declaring the Cave of the Patriarchs and Rachel’s Tomb — the sacred burial ground of Judaism’s patriarchs and matriarchs — as exclusively Muslim holy sites. The resolution is a further attempt in the effort to sever the connection between the Jewish people and their holy sites and ancestral heritage,” Agudath Israel said.

The Conference of Presidents of Major American Jewish Organizations also lashed out at the passage of the resolution, calling it “offensive and a distortion of history.”

The organization lauded the six countries that voted against it and pointed out that the “resolution remains a blatant distortion and runs contrary to centuries of historical accounts including those by Muslim sources.

“From time immemorial, Rachel’s Tomb and the Cave of the Patriarchs have been identified as Jewish holy sites,” the group said in their statement. “It was not until the 1990s that the idea emerged that Rachel’s Tomb was the burial place of Bilal Ibn Rabah. Since the 16th century, Arab historical descriptions, legal documents, and in virtually every account for 1000 years, this tomb was a Jewish holy place. Bilal Ibn Rabah is known to have died in battle in 642 CE during the war of Islam in Syria and was buried in Damascus.”

Nineteen Jewish members of the U.S. Congress released a joint statement commending the Obama Administration for opposing the resolution.

“[T]he continued false allegations against Israel as having violated the status quo at the Temple Mount, which is under the custodianship of Jordan and the Wakf Muslim religious trust, and blaming Israel for the surge in violent attacks, must be condemned,” the Members of Congress said. “Such accusations have been perpetrated by the Palestinian leadership to incite continued violence, and the resulting attacks targeting Israeli civilians in recent weeks are an outrage …

“As Jewish Members of the United States House of Representatives, we believe strongly in respecting the religious history and protecting the religious freedoms of Muslims, Jews, and Christians. That means respecting the claims of both Jews and Muslims to holy sites which have significance for both religions. Designating Rachel’s Tomb and the Tomb of the Patriarchs as exclusively Muslim sites is dismissive of other religious traditions, and the continued refusal to show any respect or recognition for the legitimacy of Jewish existence in the ancient Jewish homeland once again demonstrates a central obstacle to peace between Israelis and Palestinians.”