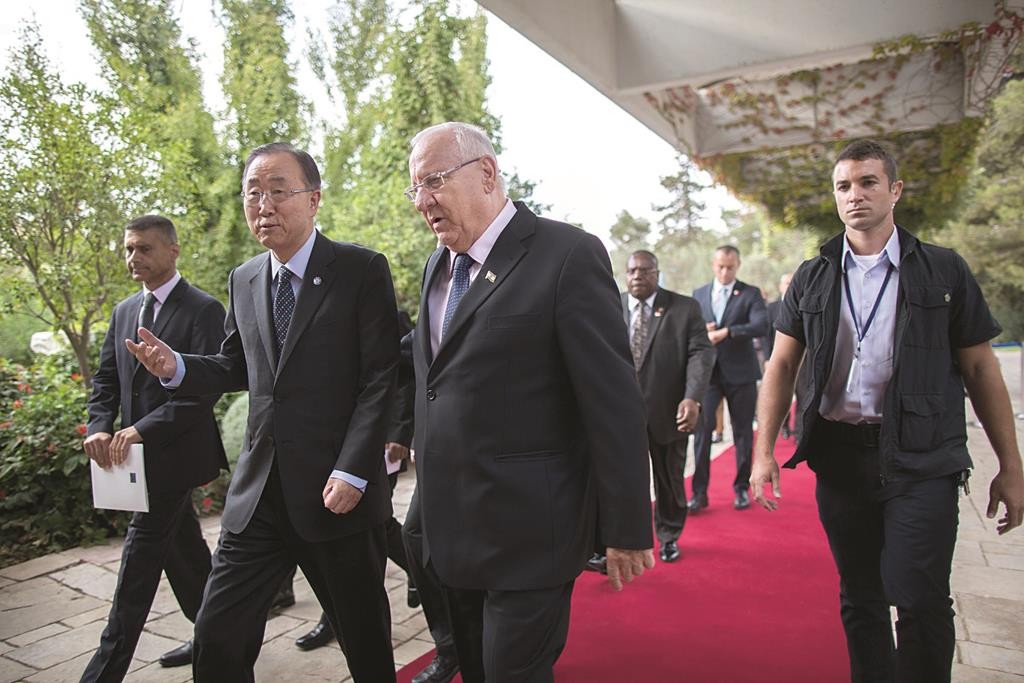 U.N. Secretary-General Ban Ki-moon made a surprise visit to Israel and the Palestinian Authority on Tuesday, in a high-profile gambit to bring an end to the current wave of violence.

The trip was announced in Israel only hours before his expected arrival.

Prior to the visit, Ban issued a video message late Monday calling for calm on both sides.